What is a music publisher's role? 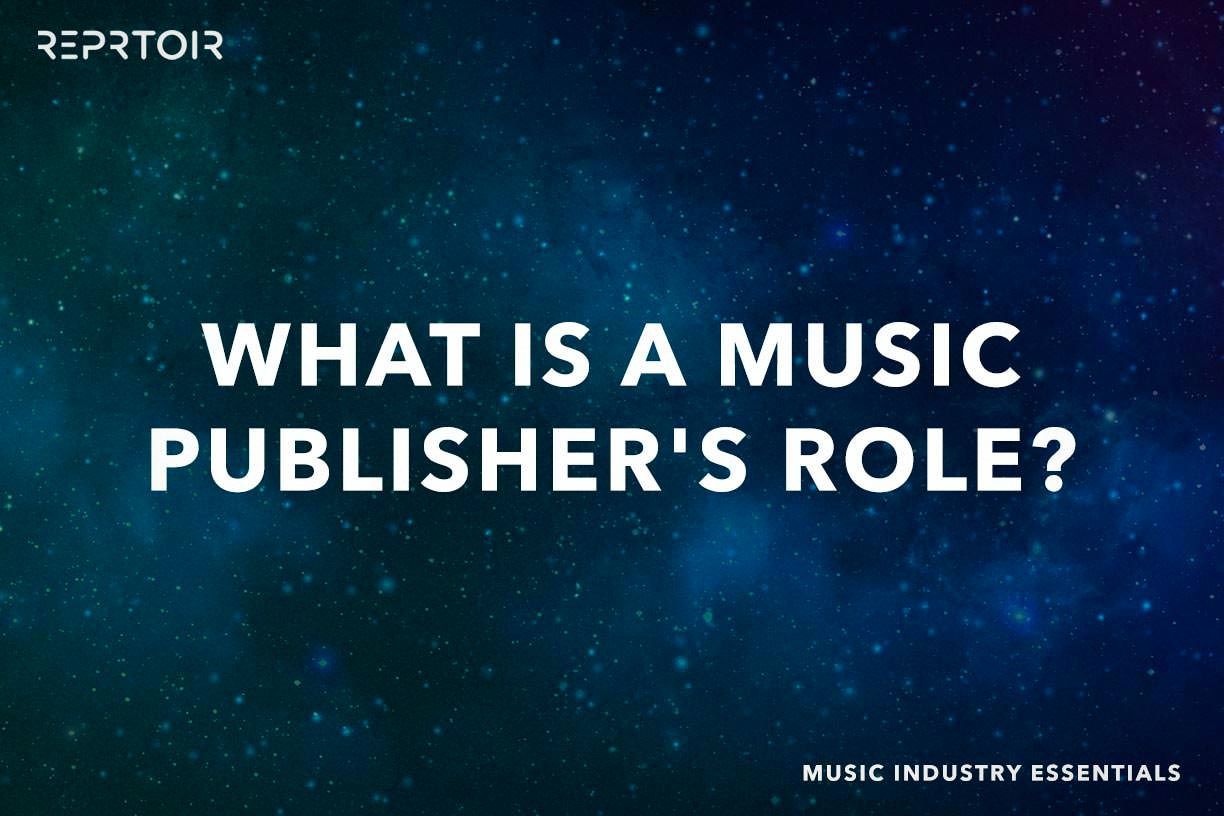 What is a music publisher's role?

Who Is a Music Publisher?

Music publishers work with songwriters directly to manage the songs they produce and ensure they get the royalties they’re entitled to. In return, the publisher takes a cut of the song’s earnings.

Music publishers want a song to succeed as much as the writer. To boost the song’s success, they lead an advertising campaign to promote the song to famous recording artists, movies, advertisements, or anyone they think could use it.

Publishers help songwriters out by advocating for their compositions and royalty rights.

What Do Music Publishers Do?

Different companies engage with their artists to varying degrees of involvement. Certain companies offer an extremely hands-on approach and work with the artist from writing to promotion.

Other companies serve as an outlet to simply help a song gain traction. Publishers will listen to a song, determine whether they think it will hit, and make an offer for a percentage of royalties.

There are literally publishers from A-Z (A-R Editions, Inc to Zondervan Music Group). Although they may take different approaches, they have a common goal at the end of the day: to promote incredible new music.

As we’ve established, a writer can promote their own songs. So what are the benefits of working with a publisher who ends up getting a portion of the song’s revenue?

For starters, professional publishers have a more extensive network of connections than an artist does on their own. And while publishers do take a cut of an artist’s earnings, they ensure that the artist gets complete compensation for the work they’ve done.

Specific companies such as ASCAP or HFA don’t have incentives for paying artists their royalties. Without a representative on their side, an artist’s hard-earned money can get caught up in the shuffle of royalties from a million other songs. Additionally, having someone to fight for their royalties allows the musician to focus on creating new music.

Some publishing companies even take on the responsibilities of songwriting A&R. Many famous singers—think Willie Nelson, Ed Sheeran, Taylor Swift, and Chris Stapleton—either got their start by writing songs for others to sing or wrote songs that didn’t quite mesh with their brand. With the help of publishing companies, they got these songs into the hands of the artists the songs were perfect for, and they topped the charts.

A songwriter’s greatest advocate for their rights and earnings is often their publisher. The publisher acts as the song’s agent and ensures the song’s creator gets everything due to them. Publishers also take charge of dividing up the percentages of royalties and copyrights among multiple artists.

What Are the Challenges for Today’s Music Publishers?

Since publishers work with more than one artist at a time, they have to find a way to balance all of the songs and writers they manage. This can get messy or complicated if everything is spread out across multiple locations.

This can cause a bit of a headache.

The good news is that Reprtoir is an online software suite designed to be the Ibuprofen to a music publisher’s headache.

Reprtoir is an all-in-one platform that limits errors, ensures a smooth workflow, and provides a solid infrastructure to back up all assets for teams. The system is user-friendly for anyone and everyone—even those who still prefer vinyl records to digital downloads.

Reprtoir’s Catalog Management is a CMS that helps publishers manage all their musical works in only one secured workspace. It gives independent publishers access to a state-of-the-art system without having to pay major prices.

Since most publishers get into the industry because of the music rather than the math, Reprtoir offers accounting software to manage all of their artists’ incomes, fees, advances, royalty statements, and everything in between from anyone and in any currency.

Reprtoir makes managing music that much easier. Try Reprtoir for free for fourteen days to see how much simpler your system can be.