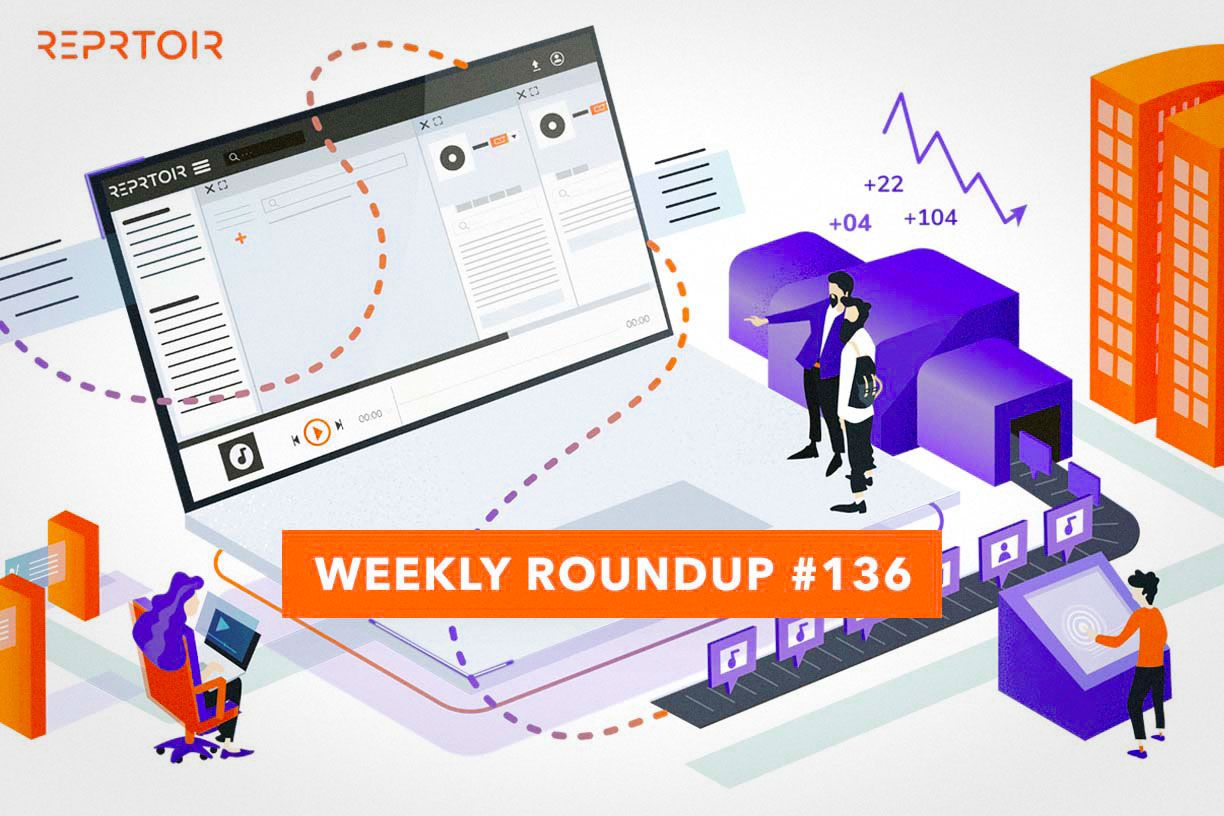 No secret that there are more and more tracks and much more content being uploaded daily (by the minute even). But what does it mean for the platform hosting all of this? How is it affecting the current model in place? Going even further, how are these platforms planning to evolve and sustain themselves?

Interestingly, this week we had a few insights on the number of subscribers on streaming platforms. First, Apple made headlines in the beginning with their 900 million paid subscribers through all its services. This showed in their latest quarterly revenue reporting. Other than the 5% growth in revenue year over year, it’s interesting to notice that the rise of pricing that happened not too long ago will have quite an impact. And if it has such an impact at Apple, it will have a great one for “only” music streaming services.

Speaking of, we got news from Deezer as well, about their revenue growth (13% year over year). But! The streaming service actually lost subscribers (by 2,5%). Attributing the growth to a better segmented target, the service is looking to go further with their overall revenue.

And finally, we read about Pandora finding themselves in the same kind of situation. Their ad revenues have grown by 1% year over year and yet, their number of monthly active users have dropped 7%. But the parent company, Sirius XM, is still looking after their revenues and number of subscribers rising.

#2. Will we have to pay the price for streaming?

Last week, we talked a bit about the potential increase of pricing for all music streaming platforms, after Apple Music did. So where are we at now?

Well, Amazon Music seems to be set on holding their position and not increasing any price. At least for now, taking the time to make the right decisions (and making it clear that they’re looking into livestream and other ways to expand services). On the other hand, Spotify made it clear that a price increase is coming to their customers’ way in 2023. And as for expansion of services, the latter one is more interested in NFTs.

But prices aren’t the only thing in the cards for Spotify. To keep expanding and grow even bigger, the company is looking to acquire Anghami, to tackle the Arabic market and make sure that they have a solid foothold in the territory.

You may have seen here and there some big numbers for music streaming catalog’s volume. Officially, there are more than 100 million tracks on pretty much any major streaming service today. Which means that we're officially navigating an ocean of content that is humanly impossible to listen to in its entirety. So now what?

Here is the problem: the model may not be completely sustainable for platforms such as Spotify. Including the cost of maintaining the infrastructure (these millions of dollars would end up at Google, one of their competitors by the way) and the fact that now recommendation may not be pushing quality content, could catalogs be limited to offer only the best to subscribers? This is what Music Business Worldwide looked into this week, going through a thorough analysis of how much the cost would represent and the potential evolution of the model.

#4. A study about the decrease of the Hip Hop market

When we talk about streaming, Hip Hop often comes up as one of the main genres for the music industry nowadays. Although right now, it seems like a slight decline is happening. Why is that?

Trapital is looking into the drop of share for Hip Hop in total revenue we are now observing in the latest music industry’s global economics today. Several factors can be taken into account, from the comeback of other genres with physical support flowing into the market again to the categorization of artists evolving, maybe making Hip Hop a wider genre including a range of subgenres.

#5. Firebird Music Holdings is making its way the music field

A US based company with a lot of money to invest in music, sounds familiar? This time, we’re seeing the acquisition of artist management companies and labels. Firebird just invested in Transgressive Records, after acquiring a minority stake in Red Light Management. Even though we don’t have the full explanation of what the goal of Firebird is, they stated “We partner with artists, managers, independent labels & publishers and technology providers to create an integrated ecosystem where creatives thrive.”