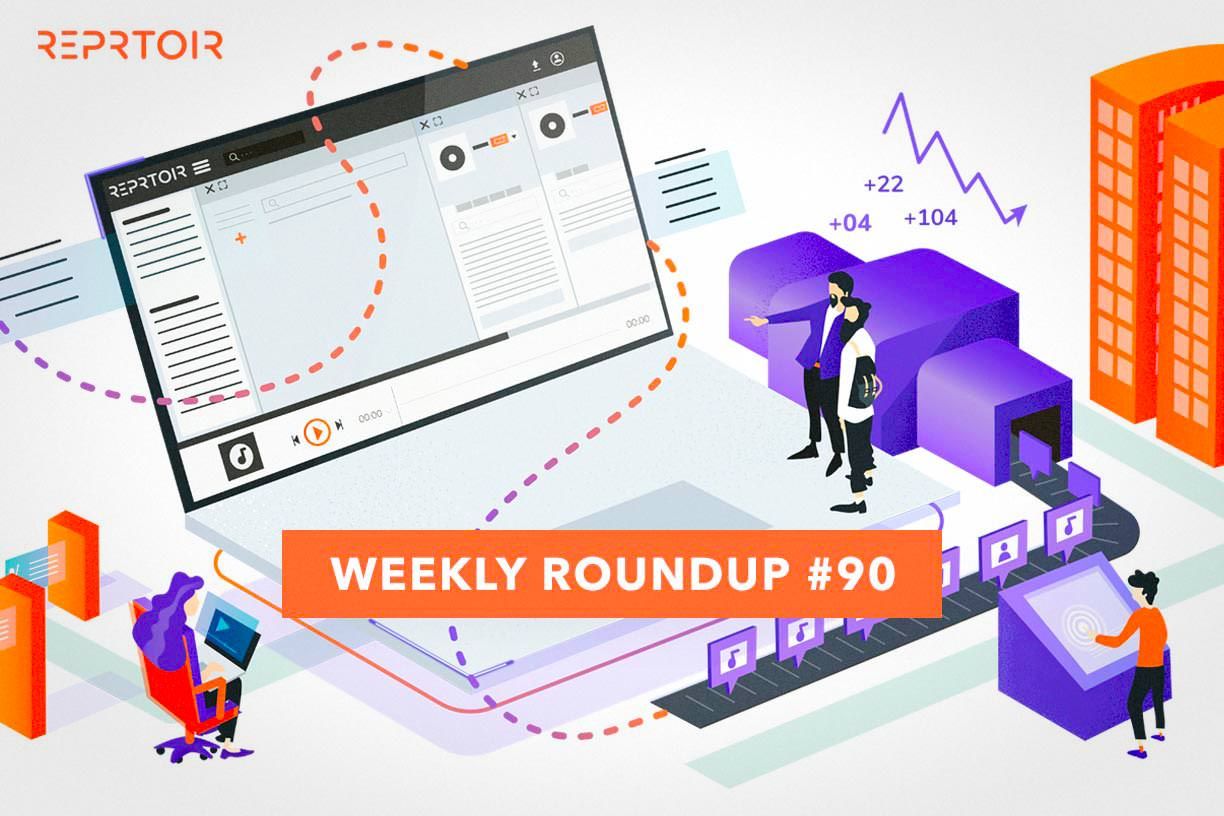 This week, let’s take a look at how the landscape of streaming is moving. From building new features to numbers, let’s see what the music industry has to offer this time!

Another big acquisition for Utopia after securing Musimap; it’s now Lyric Financial that is joining the group. Indeed, Utopia acquired Lyric Financial, to keep growing their offer and consolidate many services in the music industry.

Lyric Financial is not a small acquisition as it had already raised around $1,8 million. It appears that they will keep functioning as an independent entity, as a branch of Utopia in the future.

After other streaming platforms offering opportunities for artists to pitch and promote their tracks online, Amazon Music is now launching its own: “New release Pitch Tool”. One thing though: it doesn’t include a payola element, meaning that there’s no paid promotion like Spotify’s for example.

What Amazon is offering is the possibility to pitch newly released tracks, within the 14 days after. Therefore, the added information will help the platform to suggest the track to the right user at the right time. It’s not a promise for it to end up playlisted but it is promising a smarter placement. The fact remains that Spotify is still facing criticism for paid promotion for artists on the platform, and this alternative developed by Amazon Music is taking the opposite stance.

Let’s stay on streaming platforms to dig out an impressive number: YouTube is officially now making more money out of their advertising business than the whole record business. Yup.

Music Majors have had a good year all in all, we’ve covered the majority of it, but YouTube is having a splendid time with their $7.205 billion revenue on ads… in Q3. To compare, Universal Music Group is expecting a $2 billion EBITDA profit margin in 2021 and Warner Music Group is up $10 billion growth in its valuation within the last year.

In their more detailed article, Music Business Worldwide states: “MBW is now predicting that YouTube’s ads business will generate a total between $29 billion – $32 billion across the course of 2021.” Just that. I’ll let you get on the article for the explanation behind these impressive numbers.

Another big streaming platform is announcing incredible numbers: Roblox has finalized their Series A funding at $20 million to help creators benefit from the platform. This funding is going to Splash, the Roblox-owned company.

So what does that mean exactly? Splash launched on Roblox a few years back, allowing users to enter a virtual club, sign up, perform and collect coins from the audience. Creators can use their AI-based tools to create and share their work, find new audiences and build communities within the virtual world. This is exactly what the platform is looking to do with this new funding: making these tools more accessible to creators and giving them new ways to generate revenues through Roblox.

Worth mentioning, this announcement is coming right after the three days outage of the Roblox platform a few days ago. The system was apparently overwhelmed and came back up just in time for Halloween.

Last but not least, FUGA (owned by Downtown Music) officially signed a deal to handle distribution globally with Beggars Group (which includes 4AD, XL Recordings, Young Recordings, Matador, and Rough Trade Records). FUGA will operate as a unique DSP for the full catalog under Beggars name from now on.