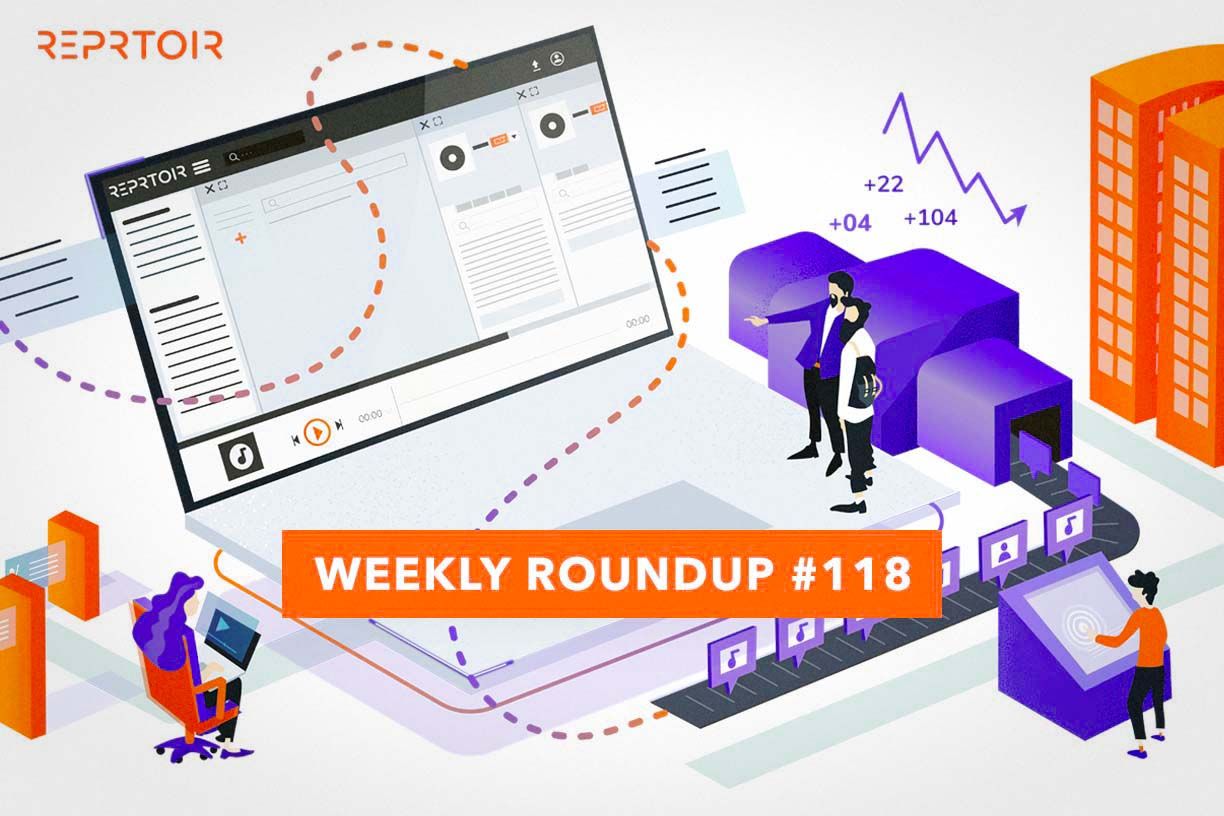 Let’s go for a new Weekly Roundup! We have seen a few interesting analyses and news on how content creators, platforms and the music industry are speaking to each other this week. So let’s dive for our new edition!

#1. What happens when you go viral on TikTok?

When an artist breaks on TikTok, what happens? From finding the ones that have their big breaks on the platform to how it influences the music business through streaming, Vox led an investigation on what the artists coming from TikTok can expect.

Without any surprise, what comes out of it is the fact that record labels “aggressively” try to sign the new emerging TikTok artists rather than going to Spotify’s sensations. Deals then pour out, but there’s a catch to make the best out of them.

So now, are musicians content creators or is it two seperate things?

Staying on TikTok, the platform is launching tools to credit original creators of viral content. This decision came up after complaints being made by the TikTok community of creators, regularly invisibilized by the wave of user-generated content.

Used with intelligence, this credit tool could help any kind of creators (including musicians) to keep track of their creations. Video content is going so fast, it’s sometimes difficult to keep an eye on everything.

#3. BeatStars has paid $200 millions to creators

The music production marketplace and distribution platform BeatStars revealed that they’re adding a new milestone: $200 million have been paid to creators to date.

The platform was the place from where tracks like “Old Town Road” by Lil Nas X or “Lemmon Pepper Freestyle” by Drake emerged. Today, BeatStars gathers around 3 million active members and spreads in approximately 100 countries.

Rob Stringer, the boss of Sony Music, revealed that the company was making $500 million a year on new business categories. What are these? Basically non-DSP streaming, so think TikTok, user-generated content, social, gaming, fitness… All the cross-sector activities that are getting traction for the music industry are booming.

Sure we already knew that much, but it is still interesting to notice how much the company is making off of it. In that dynamic, Sony Music announced that they were extending their program of unrecouped royalties to further than 2001 and after signed artists with Sony.

According to Music Ally, this is a way to show artists that Sony Music is standing by their side, supporting especially the ones that didn’t get the bigger slide of the music streaming cake.

#5. Music streaming is growing in China

Interesting fact on the good old streaming front: Tencent Music and NetEase (the two main music streaming services in China) have seen a clear rise of paying customers on their platforms in the beginning of 2022.

This brings Tencent Music Entertainment paying users up to 80,2 million, and NetEase around 36,7 million. Let us remind you that Spotify does not offer a service in the country, explaining why we haven’t seen a surge of this sort in the world.

In parallel, it’s worth noting that the two platforms are making a point of highlighting new talents and are using the presence of content creators to drive new subscribers to their services. Sure Spotify had a steady raise, but strategies differ a bit.