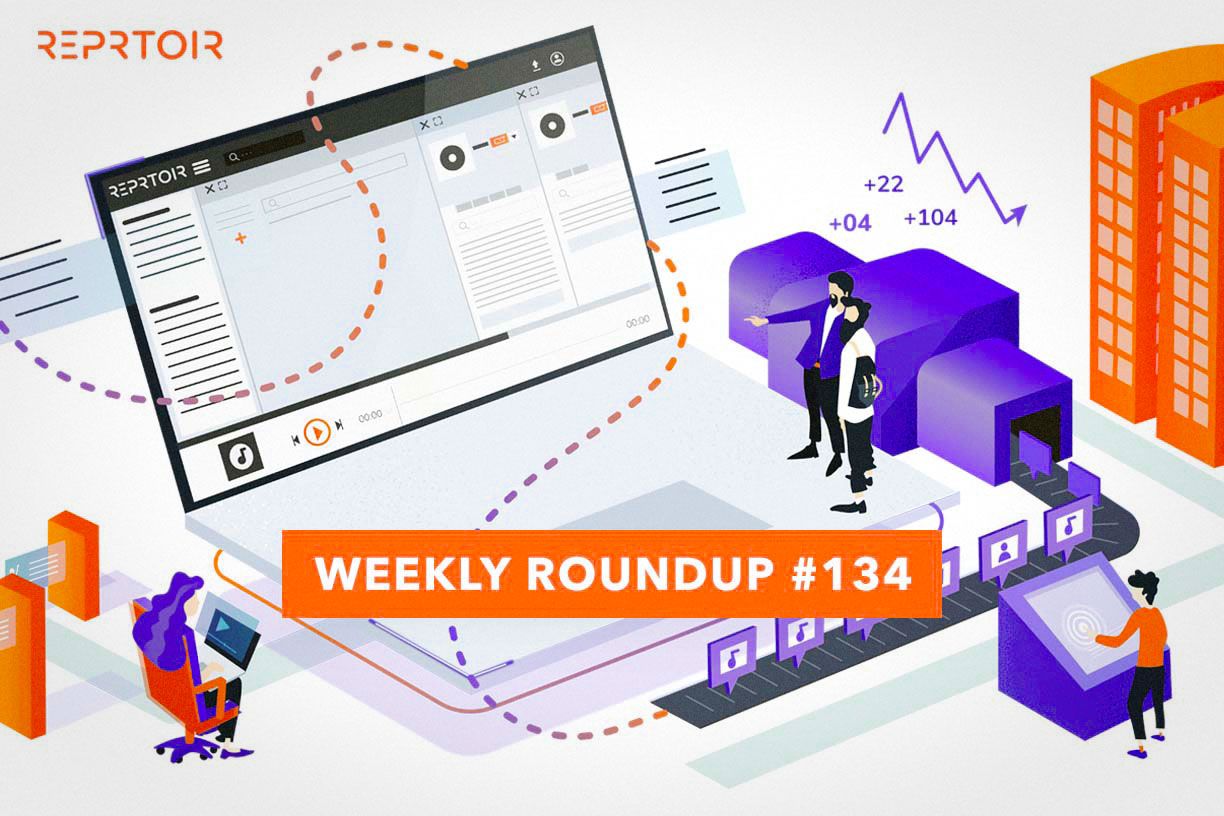 What’s new in the music industry this week? A lot of platforms are trying to find their place in the current landscape, but it itself is moving a lot.

#1. What could TikTok music service unveil?

You may have caught a few signals that TikTok is preparing a music service, on top of the network of videos it already has (between new social accounts, new hires, the goal is becoming clearer by the day). This all caused Spotify’s stock to drop at an all time low ($78.50 this week, but it went back up a little bit). Even if such a market reaction is far from a definitive state, and can sometimes be a bit overreacting, it’s still cause for analysis on what TikTok could potentially change in the music industry.

The answer is: it has the potential to do a lot. If ByteDance (TikTok’s parent company) decides to launch a music service, renaming Resso (their current one) and launch a full offer under the brand of TikTok it could change quite a few habits in our industry. From benefiting from consumer habits from TikTok to allow a bigger growth in the music business to working out a full ecosystem for creation, promotion and audience engagement, the landscape could be evolving quickly.

All of this is still considerations and speculation, but it remains an interesting topic to keep an eye on.

#2. SoundCloud for Artists is up

Speaking of an ecosystem for music artists, SoundCloud, if you remember, acquired Repost back in 2019 to add a service for artists to follow up on their activity on the platform. Today, it is SoundCloud for Artists, and plans have been rolled out. The goal is clear here; creating an easier way to monetize music and take a step towards professionalism for artists using SoundCloud (today, it equals around 40 million creators on the platform).

#3. Following up on Music and Gaming: AI edition

While Microsoft is waiting for approval on the acquisition of Activision Blizzard (which happened back in the beginning of the year), the company is not wasting any time. As Music Business Worldwide showed, Activision Blizzard is working on AI-powered music for gaming, adapted to gamers’ habits and momentum during their games.

It’s not the first time that AI-powered music has been on the forefront in gaming platforms. Several others are working on it, including HYBE and other gaming companies.

#4. Pinterests takes another step in the music field

Gaming platforms aren’t the only ones looking to add a little more to the music side of the experience. This week, it was Pinterest who made headlines after a few major partnering deals with Warner Music, BMG and Merlin. It makes sense though, since the platform has included a lot more videos to its content creation, now is the time to match the platforms’ standards and manage to make the mainstream tracks available for its users.

Adding up to this, Rumblefish, a US company, is supplying Pinterest with music metadata and license management services. The direction is clear: making content creation evolve on Pinterest.

Let’s pick a lighter topic to wrap up our Weekly Roundup. An article caught our eye, and no, the Music Vault is not related to royalties.

It’s an initiative that is being materialized to save music inside the Arctic World Archive, a place in the Arctic Circle buried deep in the icy soil to guard some of the most important realizations made by humans (dematerialized, of course). Now, the will is to add music to the currently stored items. From the format to which actual pieces of music that could be stored, discover all about it on Pitchfork.