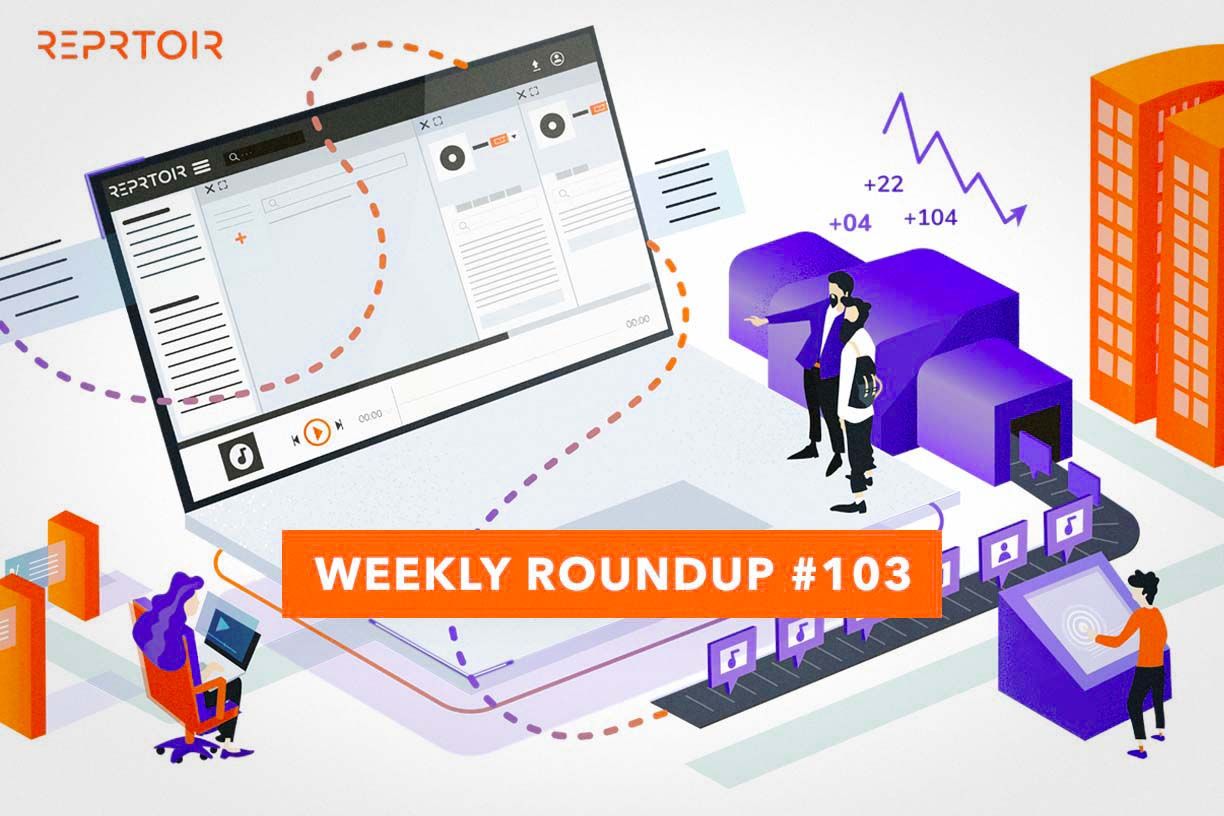 This week was an interesting one to look at from the point of view of platforms influencing artists’ paths in the industry. Let’s dive into a new week’s worth of music industry news with Warner, Apple and Sony Music.

#1. Did Warner get involved in the songwriters’ pay rate debate?

Yes. Yes they did and they weren’t soft. Warner Chappell’s higher up executives sent out a letter to their songwriters, qualifying the paying rate pushed by streaming platforms as “appallingly low”. We already talked about the CRB’s decision to make in the last few Weekly Roundups, so we won’t get back into it.

But it is worth noting that among the streaming platforms are several types; tech companies and, well, audio companies. Meaning that the stakes are slightly different for the ones for which business is solely relying on streaming. Rather than tech companies gathering many (many) businesses that can be a bit more resilient.

#2. Why did Apple buy an AI-based startup?

Speaking of music streaming, Apple has been making headlines lately. After the news of their 800 million subscribers, the firm has apparently acquired an AI-based startup from the UK to work on the music front.

The startup, AI Music, has developed a system to generate music from existing content, adapting tracks to new forms. According to Music Ally, this technology would be used to find new ways to consume music by improving the recommendation algorithm. This would come as an addition to the human recommendation system that was defended from the beginning by Apple.

#3. Is investment in music rights becoming an organized network?

Well it’s taking a step towards a more organized way to do things. Last year, KKR bought a music catalog from Kobalt. You may remember it because it cost around $1 billion. And now, KKR is teaming up with a financial group (Credit Suisse) to sell bonds to investors. Basically buying in bulk and selling assets bits by bits.

KKR bought 65 000 songs by mainstream artists (Stevie Nicks or Childish Gambino for example) and is now going to sell more than $732 million worth in assets, relying on publishing and recording royalties.

As it is explained by Music Business Worldwide, this strategy was already set up by David Bowie and David Pullman in the 1990’s. Since the market was way too fluctuant and not reliable, they had to back out of it. But, in a digital streaming environment, these kinds of assets are considered to be secured. We’ll see how this plays out.

It wouldn’t be a good week in the music business without a major catalog acquisition though. This time, Sting sold his song catalog to Universal Music Publishing Group for around $300 million. And yes, it includes the tracks from The Police discography as well. The choice isn’t a surprise since Sting has been with Universal’ label during his career. They will now work on the capitalization of tracks.

Marie-Anne Robert, Director of Sony Music France has given an interview to Music Business Worldwide. To wrap up our Weekly Roundup, we’ll leave you with her view on the outdated opposition between Majors and indie: “On one side, companies like them are becoming more and more competitive in the services they offer to artists. On the other hand, we are innovating in our deal structure to be more flexible and align even further with artists’ needs.”