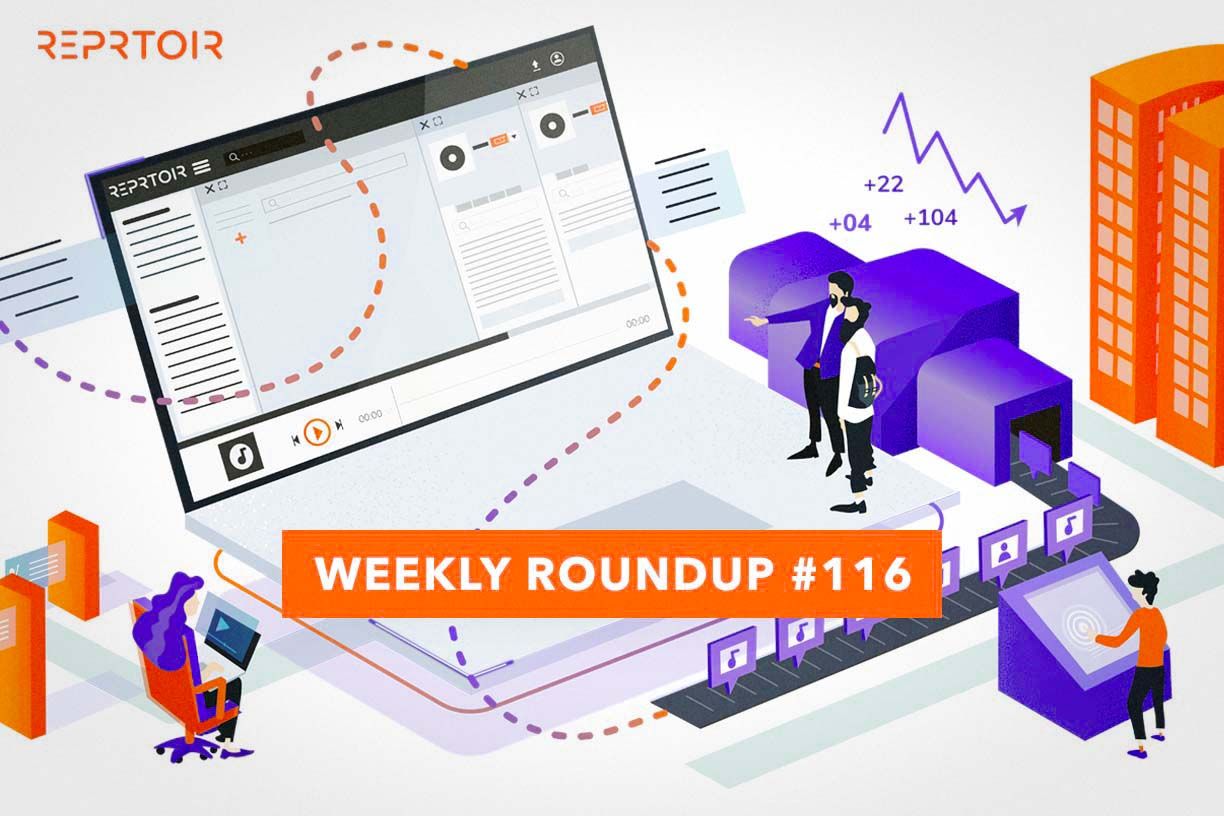 Well this week is a mix of older concepts and very new ones. The two colliding give us a peculiar Weekly Roundup, from TikTok’s new form for the music industry to the iPod.

#1. No, TikTok is not the new record label

MIDiA Research took it upon themselves to answer the question. ByteDance’s platform managed to integrate all the major steps: creation, distribution, link to the audience and user-generated content. It’s the ideal position, and maybe record labels should take a look at this new model as an inspiration. Because right now, artists are relying more and more on “other” types of revenue: UGC, branding, social… Music rights are even becoming anecdotal for some artists. So maybe, just maybe, it’s not about tikTok becoming a record label but creating a more adapted model?

Speaking of new models, let’s take a beat and look at streaming in regards to music. And I’m not talking about platforms such as Spotify but the ones like Netflix. Rumor has it that the biggest streaming platform is looking to add livestreams and concerts to its library, to evolve its offer. Music could then make its way to the platform. Several music-related content are up already, but live shows would be a first.

This arrives right after the press release by Hulu announcing their deal broadcasting some of the main festivals in the US, such as Lollapalooza. This will be the first time such a platform streams live music shows at no additional costs to its subscribers. The deal has been made between Hulu, Live Nation and C3 Presents.

#3. Should Spotify raise the prices?

Another recurrent question is the pricing on music streaming platforms. This week, Music Business Worldwide has been digging into the numbers to get out an analysis on whether Spotify should already upped their prices.

First, Spotify increased some prices in some territories over the last few years, but not on the main subscription. The individual Premium account has been 9,99 since 2008. Great, but as MBW pointed out, it didn’t move with inflation and the value decreased. And, according to the CFO, the price increases we’ve seen didn’t actually drive that much of a loss of subscribers.

Well if that’s something we didn’t think we’d see. LimeWire, one of the leaders of music piracy is now being relaunched as a NFT marketplace. Now Universal Music Group has struck a deal with the platform to allow rights holders to get additional revenue through NFT and build a long-term partnership. So yes, Universal and LimeWire are partners now.

#5. A nostalgic feeling: the story of the iPod

To wrap up, let’s keep at memory lane for a moment: the iPod has officially been discontinued. After a bit more than 20 years, the first step of Apple in the transformation of music consumption for a lot of people, opening the way to the iPad and even Apple TV. Mark Mulligan goes back on the story here, with a touch of how much it changed the industry we work in.