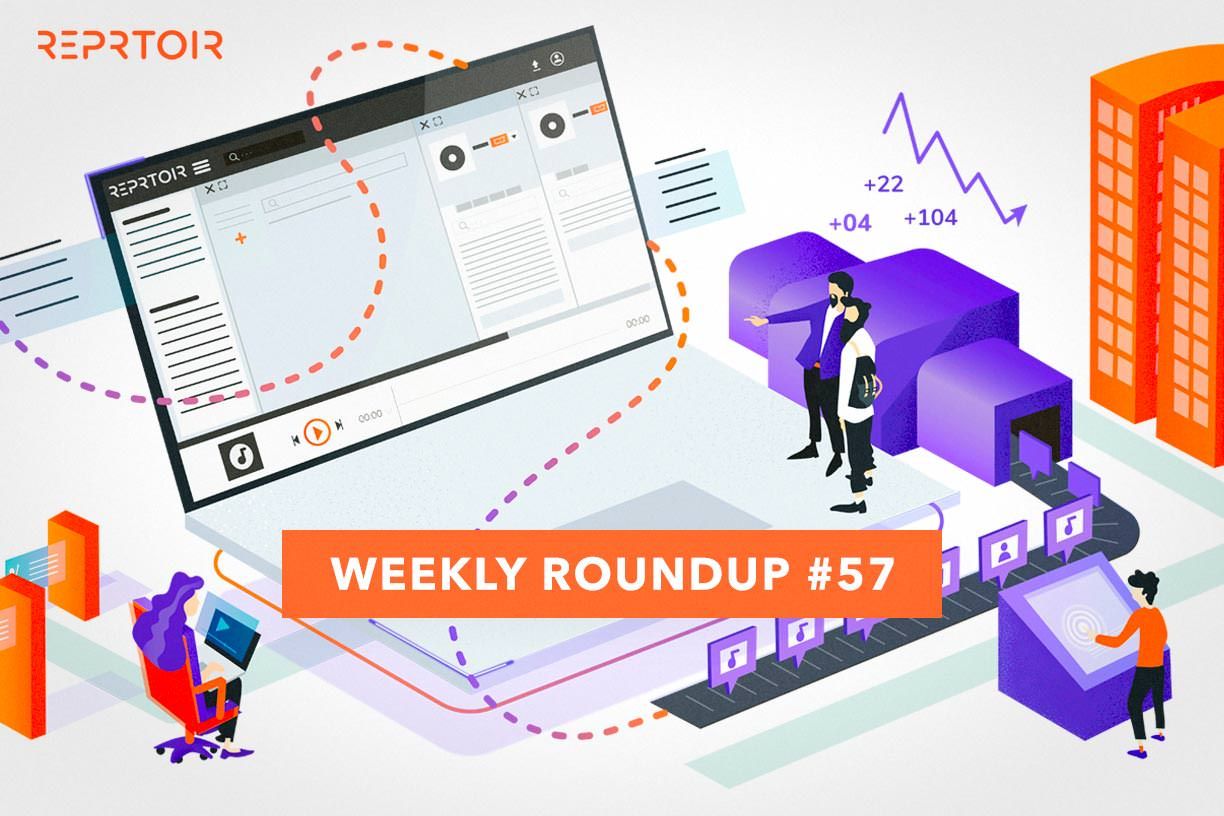 Music streaming is fundamentally changing, in response to the year we’ve had but also adapting to new opportunities rising up online. We thought this week highlighted the fact that streaming is quickly.

#1. Music Streaming numbers are out

The Recording Industry Association of America (RIAA) published the music industry’s numbers for 2020, and without a surprise, music streaming has skyrocketed. Indeed in the US, 83% of the recorded music revenue is accounted for by music streaming, from which 64% is coming from paid subscriptions. These have seen the biggest increase year over year ever with 75,5 million paying subscribers. Finally, physical sales have had an honorable year going as high as $1.14 billion, with vinyls outselling CDs for the first time in 2020.

However, these positive numbers also imply big challenges for the music industry main actors. If the part of music streaming’s revenue is essentially coming from paid subscriptions, the fact remains that their growth has slowed down. It is then slowing down in terms of revenue growth (and the growth is at its lowest since 2015). Although the number of paid subscriptions is actually at its highest in the year, prices dramatically reduced. If the US market is becoming mature now, there are still parts of the territory that are discovering streaming, meaning that there is more potential revenue, before maybe considering raising the price?

#2. SoundCloud is getting into a user-centric model

Now that we’ve touched base with the current state in music streaming in one of the major markets for the music industry (the US), let’s talk about a bold move: user-centric models by SoundCloud.

Yes, SoundCloud made the first move and started their brand new model: fan-powered royalties. What does it mean? Well it’s their branding for a user-centric model: artists listened to on the platform would be paid based who listened to them, not based on a pool of all royalties divided according to the market shares anymore.

We will get into more details this month on our blog, explaining what the differences are between the two models. But the takeaway is this: it is a trial, Deezer started experimentations in France (along with studies being made). Even if the model sounds more fair to artists, let’s keep in mind that platforms pay rights holders (meaning music publishers, record labels, distributors…) and this would add administrative costs. On the other hand, the fact remains that fans would be directly impacting their artists’ tracks number of streams. There’s still a lot to cover here but let’s save it for another time. In the meantime, Music Business Worldwide took a closer look at the matter.

Audio streaming is far from being the only topic we’ve been talking about lately. Let’s stay on a close topic: livestream. This week was announced that NetEase and Sony Music were joining forces and investing $15 million in the livestream platform Maestro. The platform’s investment just raised up to $22 million, after Veeps being acquired by Live Nation and Universal Music teamed with Big Hit.

Maestro involves a potential in AR experiences in livestream, and was the platform that hosted Billie Eillish’s livestream a few months back. It is clearly a market being polarized and main actors are emerging through major deals.

Staying on new platforms, we haven’t talked about Clubhouse yet. An Social Media app, based on audio, we can see it coming from miles away: licensing issues. And it could be sooner than expected! Even though it is working only on iPhones, only through invites and is basically attracting people fascinated by new tech, there are a lot of people connected to Clubhouse, worldwide.

And when a musical of the Lion King was broadcasted on the app without Disney’s approval, it could have initiated a copyright infringement. But nothing happened. We can see the classic pattern though: broadcast now, license later. Let’s wait and see.

Finally, let’s wrap up on NFTs. Another topic we’ll get to this month on the blog. After Mike Shinoda, this week, Kings of Leon released their new album as an NFT (non-fungible token), holding perks (such as a lifelong access to live performances of the band).

It is becoming a pretty big interest for the music industry, since some major artists took the leap: Steve Aoki, Grimes or… Daft Punk (I know, it’s still raw). NFTs could be a big part of the future of monetization of music. Even if the practice isn’t widely shared among artists, releasing tracks through that doesn’t imply you can’t release your tracks through DSPs. We could then see some other experimentations soon.