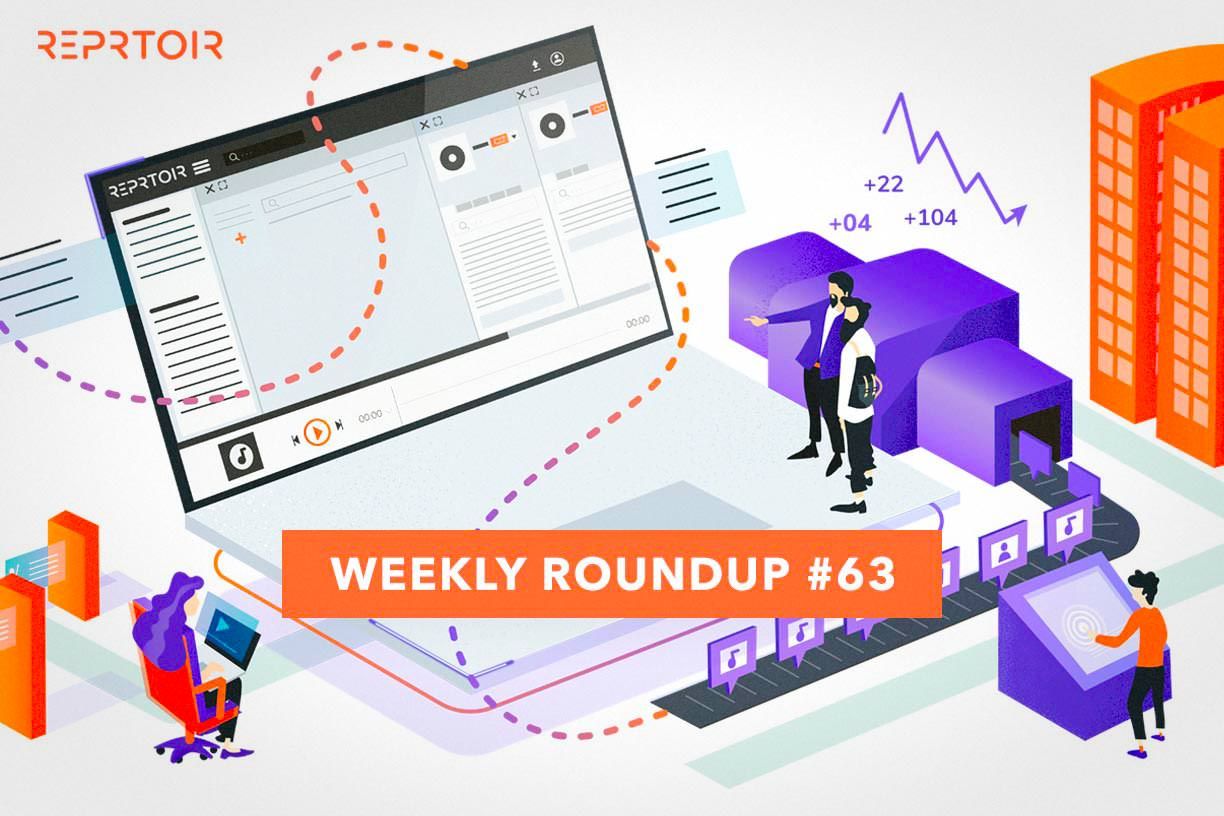 Music industry is moving forward, this week could not have been more obvious about this. New models, new technologies, new usages… Let’s take a look!

MIDiA Research published this week a brand new report studying the links between the gaming and music industries. Looking into the steps taken by the music actors towards gaming, it objectively makes sense; the annual revenue of the sector was multiplied by four in the last year.

On a more practical note, relying on livestream, virtual interactions with fans and fully digital promotion, artists (and their teams, such as record labels) have to learn a new set of skills and habits. All in all, it is a new way of reaching and connecting with fans to learn.

But, another takeaway would be the fact that gamers are streaming twice as much as the average rate. Their consumption of music is usually higher, but as it turns out, this part of an artist’s audience is also more inclined to buy merchandise, since they are already used to the concept of monetization of online content and creations. An interesting take to rethink the way we can use online platforms as music industry’s actors to leverage an audience!

Livestream is set for another big step. Already unmissable, virtual performances are going to be regular large-scale events. Veeps, in which Live Nation acquired the majority of stakes, is now equipping various venues in the United-States.

The two companies selected a few venues which are regular tour stops in the US. The first shows happening in venues and globally broadcasted will happen as soon as beginning of May, at the Wiltern, starting off with a series of 10 shows. The goal for Live Nation and Veeps is to give any artists playing at these venues to stream their performance across the world, in the easiest way possible.

This is another step towards hybrid shows, mixing physical and digital audiences. Livestream is definitely going to be part of the future (if any doubt remained).

Spotify is now officially working in music listening hardware, starting with cars’ equipment. Yup, the new “Car Thing” is Spotify’s smart device, to set up directly into the car, including a small dashboard, with four microphones in the vehicle.

For now, the device is going to be available for free (there’s even a waitlist) for a selection of users. It will then be sold for around $80. Free device, it could be reminding you of the operation by Spotify and Google: a Nest coming for free with a Spotify membership.

And there are some similarities. Even if Spotify's new gadget sounds great for those who would rather use something else than their phones or use the built-in dashboard to listen to music in their cars, it also means that it will be using a lot of data to make their recommendation better. Indeed, the device seems to be lacking a built-in privacy device, following in the footsteps of Alexa and Nest.

Speaking of the devil, this year marks the 15th year anniversary of Spotify. Interestingly enough, now that we’re talking about an industry fully changing, taking a (very) different path that was expected, it might be time to take a look back at how streaming disrupted the music industry.

A quick overview of what happened to get some perspective on the current events is always welcomed. So here it is, the last 15 years of Spotify.

#5. Reservoir Media is arriving on NASDAQ

Finally, a quick word on the major publisher in the US, Reservoir Media, finalizing its merger with Roth CH Acquisition II, and looking to arrive on NASDAQ soon. As a reminder, Reservoir Media represents around 130,000 copyrights and 26,000 masters.