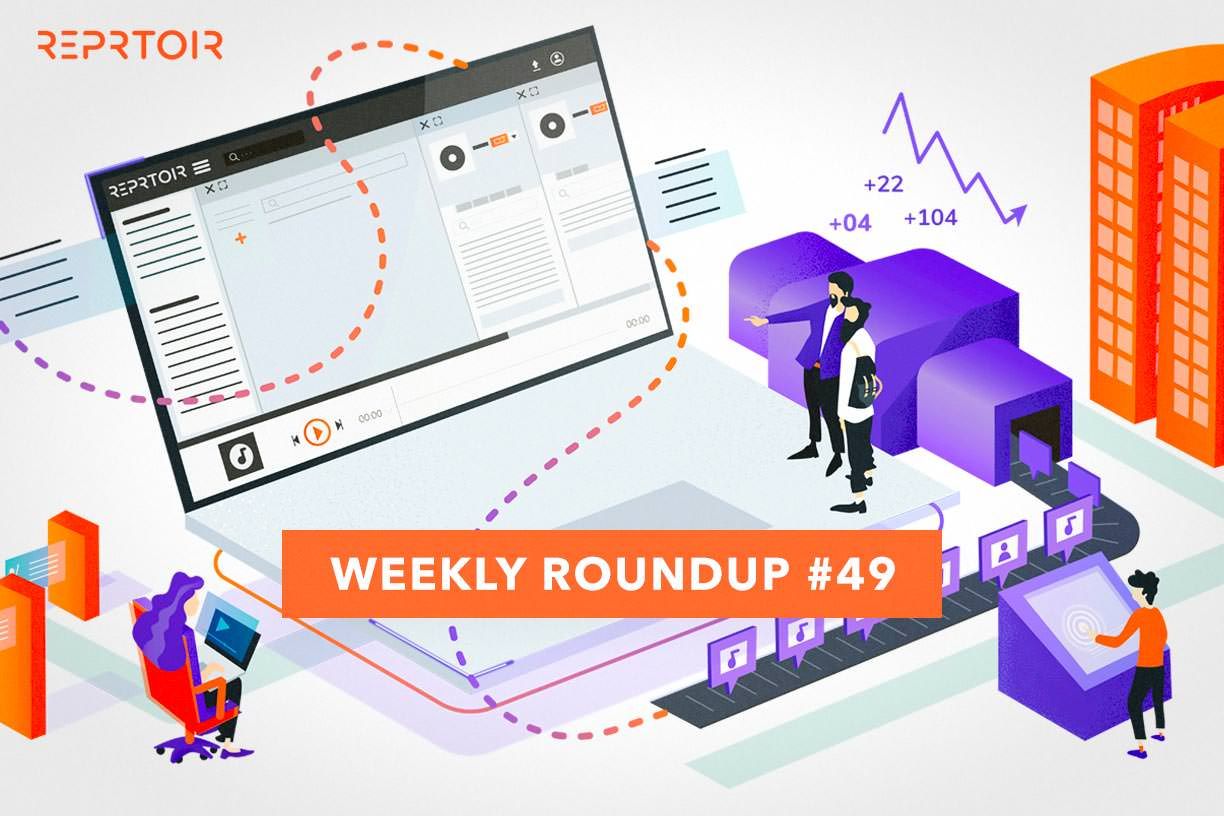 I hope the end of the year went just as planned, and we are glad to be back on track for this new year. To celebrate, we took a look at what happened in the music industry these last few weeks. Let’s get into it!

Let’s start with the inevitable review of the past year. It has undoubtedly been more than challenging for the music industry, taking a big hit and relying more than ever on technology to keep the bond between artists and their audience active. Now, you know how fond I am of writers taking a deeper look at specific music industry trends, and we’re in luck because the specialist on MusicTech Cherie Hu gave us a full outlook on the biggest trends of 2020. Feast your eyes!

#2. TikTok (still) making its way in the music industry

Did you really think I was done with my favorite series from last year? TikTok has made some noise (again) by signing a major licensing deal with Warner Music Group. The app is clearly settling in a comfortable position in our industry, and is now going after Universal Music Group to complete the circle.

It makes sense for these major actors to sign these deals with the app. It has been the most downloaded in 2020, has gathered a major audience and allows them to reach out to a younger audience. But it has also become a discoverability stream, and a good one. The head of music industry relations at TikTok for the US recalls overseeing around 70 labels signatures last year. And maybe signing the artist Barrett (14 millions streams on Spotify) pushed Warner to sign a deal with TikTok!

New year, new Hipgnosis catalog acquisition. Jimmy Iovine sold his producer catalog royalties to Hipgnosis at the very beginning of the year. And it is another major deal; it includes songs by John Lennon or Patti Smith among others. So, this makes a great addition to the investment funds.

Others followed almost immediately: Lindsey Buckingham (guitarist of Fleetwood Mac, among other performances) sold his entire song catalog to Hipgnosis. And it includes all the writer and publisher share for Fleetwood Mac catalog. Another big acquisition for the funds is the 50% of Neil Young’s song catalog. These are among the most wanted catalogs in the music industry, and it wouldn’t be surprising to talk about new acquisition in the short term! We've already been talking about Hipgnosis on this blog, right here.

#4. Movements in the music streaming market

Let’s take a look at what happened in the music streaming sector during these last weeks. A number caught our attention this week: the British Phonographic Industry (BPI) released their report, revealing that streaming had risen by 8.2% during the 2020 lockdown. Although, no album reached platinum status. Music streaming is still a major part of the music industry, but it clearly has some room to evolve.

Apart from the major actors we all have in mind, a few smaller ones tried to make their way into the arena (without any luck). Starting with Quibi, which was quickly shutdown last year after a few months. Interestingly, the content originally available on the platform could potentially go to Roku (the best seller when it comes to home streaming devices for the US). Maybe this deal could save up a bit on the closing Quibi’s streaming service?

Finally, on streaming platforms, Alibaba pulled the plug on Xiami Music app, 12 years after its creation. For a whole other reason though: the music rights disputes rose in China, going after the app which didn’t license the content. Their main goal was to stream emerging artists, honorable, but not the right way.

But they’re not the only ones taking interest in this kind of contest. Twitter just bought the app Breaker, a podcast platform with a social addition. Adding to it a rumor of Jay Z in discussion to sell Tidal to Square Inc. (which belongs to Twitter’s CEO), we might keep an eye on it too.