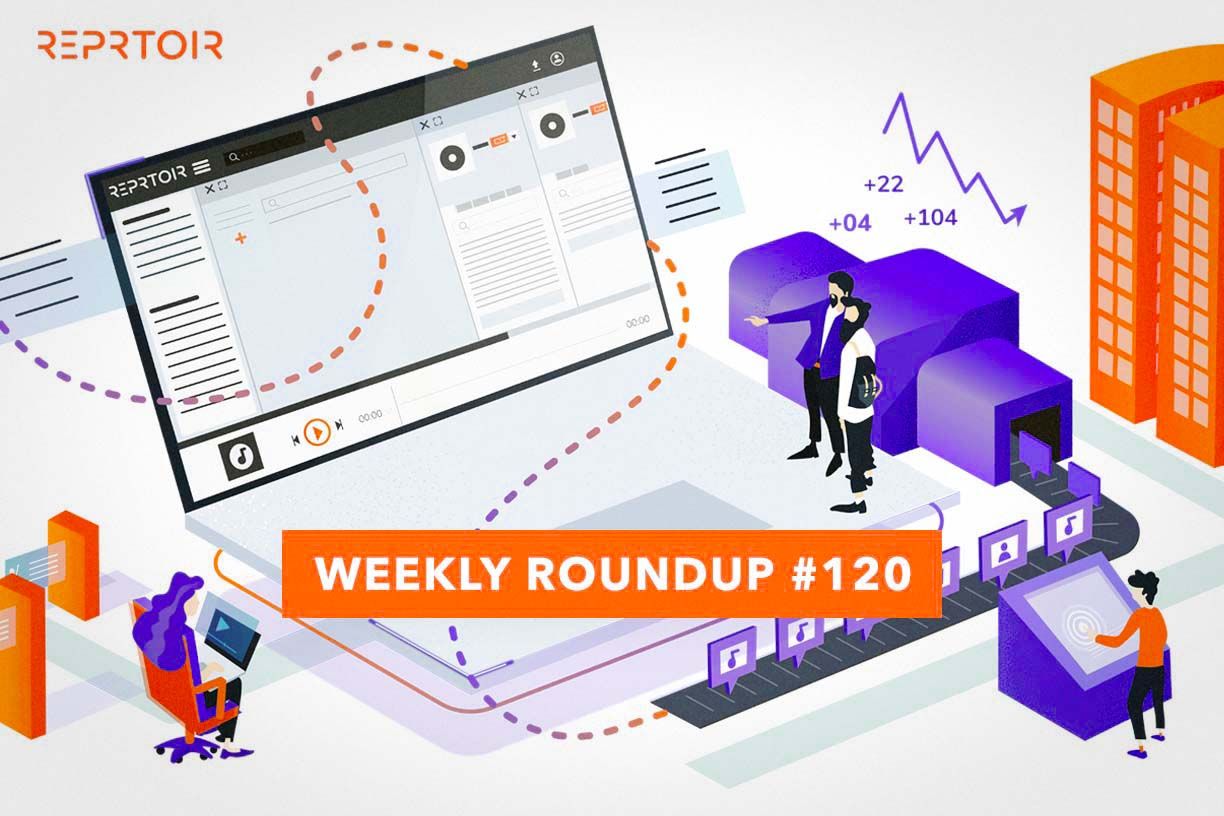 This week has been enlightening for the music business, and by that I mean the money flowing in the music industry? Let’s see how it’s going to be driven in the field.

You know when you’re starting your business, everything is about the objectives that you set for yourself? And more specifically the timing, limits and realism of these goals you’re putting down? Well, when a company such as Spotify does its Investor Day, they present something similar.

As MIDiA Research pointed out, the calculations behind the potential growth Spotify is aiming for is a result of considering the amount of potential users, but it could be even more precise than that. You’ll see a graph of the addressable markets for the company to give you a clearer idea.

Essentially, the takeaway is the fact that not only the main challenge for Spotify will be to convert a very specific population (owning a phone, with the means to pay for music), but also to combat competition on a market that is a prey to the attention recession. This doesn’t mean that Spotify won’t be able to raise the number of users, but the focus is slowly shifting towards standing out among others.

Staying on the topic of music streaming for a bit, Merck Mercuriadis talked about the evolution of the market during the Canadian Music Week.

When asked about the music streaming market maybe arriving at its maturity, the founder of Hipgnosis couldn’t be more sure of the growth to come. Sure this isn’t powered by carefully presented data as we spoke of before, but he stated: “When I presented [the Hipgnosis] investment case to the financial community, I told them that this was going to be a great way to make money, because Spotify and streaming was going to go from having 30 million paid subscribers to having 100, 200, 300, 400, now we’re at 500 million”

To Mercuriadis, Spotify is still on the path of onboarding millions of subscribers and mentions the fact that the bad press of songwriters hurt the platform for a period of time.

#3. So is the music industry going to be worth more?

Since we’re talking about the business, this week was also the time for Goldman Sachs to come back with their predictions on 2030 for the music industry’s potential growth. And it’s good news!

Music In the Air is the report released by Goldman Sachs, highly influential for the industry (among other reasons, if predictions are good, investments could follow). According to the report, the music industry could be worth even more in 2030 than we predicted before. Among the 60 pages report, some takeaways: Goldman Sachs believes music rights are going to grow billions, music publishing should rise up to $11.6 billion in 2030, the live music industry could reach $38.3 billion… You’re in luck, Music Business Worldwide made a summary of the report here.

Yes. Recently, if you haven’t heard yet, the K-Pop most popular band announced that they would be pursuing their solo careers during a livestream, all while keeping BTS active. That all sounds fine but here is the thing; the company behind BTS, HYBE, has seen its market share price decrease rapidly.

Taking a look at the numbers of 2021, BTS represented 49% of the total of albums sold by HYBE’s roster (15.1 million albums). Here are the possible outcomes of the current situation, by MBW: loose on band, gain 7 superstars? Maybe it is smart to rely less on only one major band?

If you’ve been following us for a while, you know that we take a special interest in managing data and being right on point when it comes to metadata. But a question is being raised by Music Tomorrow: what is the GDPR’s position on artists’ data? Are they considered personal data (and therefore should be treated as such)? Or are we simply considering that this category doesn’t fall under that naming?