Is Streaming the Future of Music? 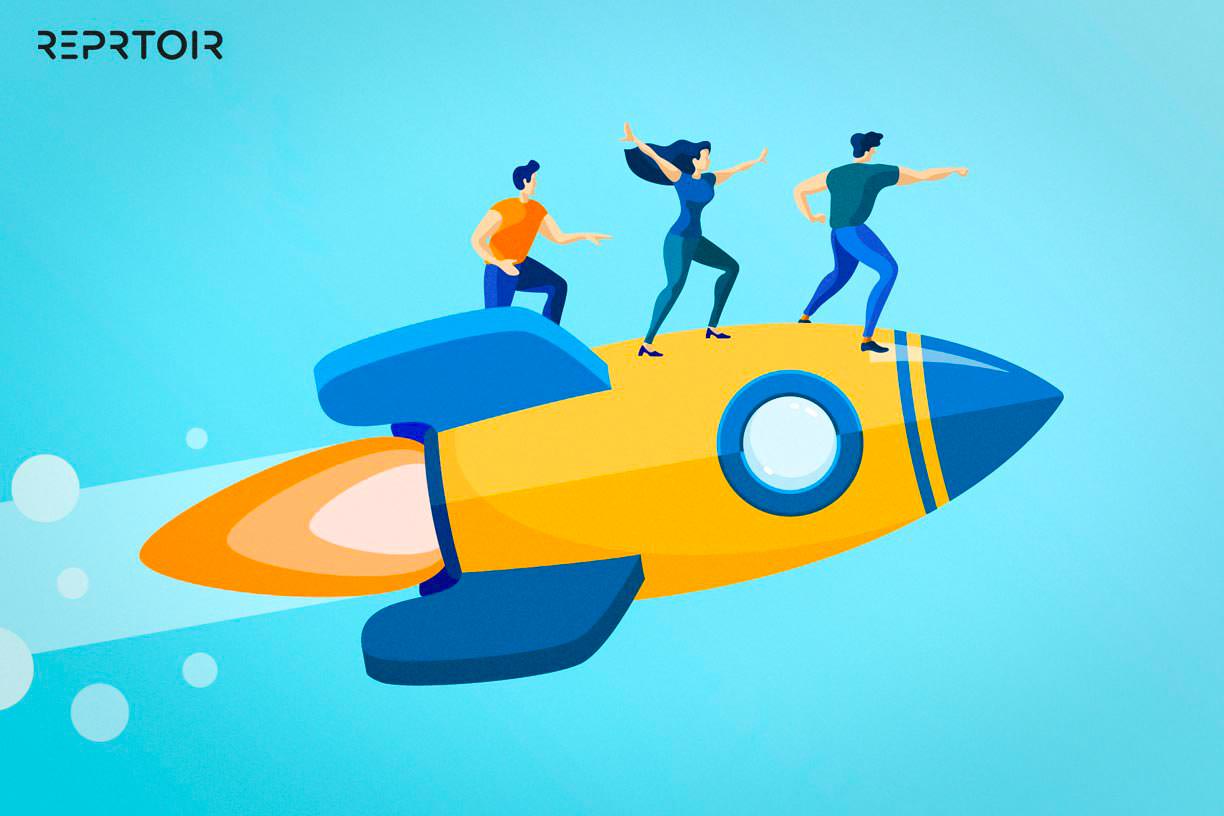 Is Streaming the Future of Music?

Today, 80% of the U.S. recording industry's revenues come from streaming services, while a third of people in the U.S. are using music streaming subscriptions. This trend is not short-lived, as the industry was changing well before the pandemic.

On April 28th, 2003, Apple announced the iTunes Music Store. In a message that transformed the way we consume music, Steve Jobs said to the crowd:

Jobs was right, for a while. However, the explosion of popularity in music streaming services has coincided with a multi-year decline in revenue from digital downloads, now accounting for only 6% of the industry's sales.

The pandemic situation continues to transform our habits. We've come to rely ever more on streaming platforms such as Spotify, Apple Music, Google Play Music, Amazon Music, and Europe's Deezer.

The music market is evolving, with streaming services at the helm.

Revenues for paid subscriptions in the U.S. recorded music industry surpassed $1 billion in 2015. In 2019, that number topped $5.9 billion and accounted for 53.4% of revenue across all formats for the year.

In less than five years after entering the billion-dollar club, paid subscriptions became the recording industry's dominant format. Spotify has emerged as the category winner of 2020, with the streaming giant's 2019 earnings report revealing a profit 30 times higher than the best projections.

The trend is set for streaming platforms to keep growing. The environment is ripe for both new ideas and previously old but improved business models to thrive. One concept having its moment in the sun is the exclusive release.

Exclusive releases mostly died out post-2016. However, streaming services like Spotify are inking multi-year exclusive licensing deals with prominent podcasters like Joe Rogan. That deal preserves Rogan's ownership of his content, and a music industry aversive to giving up rights to their work may find this kind of arrangement appealing.

The numbers don't lie - streaming services are on fire in 2020.

The COVID-19 pandemic has sped up digital transformation across multiple industries, leading to a rapid increase in demand for home entertainment. According to DiMA's 2020 Streaming Forward report, the number of ad-supported audio streaming service users averaged at 116.7m in 2019 and is on track to surpass U.S. terrestrial radio's audience.

Amidst COVID-19, the recorded music industry outside the U.S. feared that business would screech to a halt. Italy, one of the hardest-hit countries during the pandemic, saw total revenue for its recorded music industry revenue climb 2.1% from the same period in 2019. Subscription audio streaming was the primary driver of that growth, with revenue up 33.6% in the first half of 2020.

Returning to Italy, Enzo Mazza, the CEO of FIMI (a conglomerate that tracks the Italian music industry), reports a sharp increase in streaming subscribers over age 40.

"The so-called lockdown economy gave a strong push to digital in Italy, and a lot of adult consumers turned to e-commerce and streaming." - Enzo Mazza

Naturally, consumers aged 40 and above are likely to have higher incomes (and different tastes) than the younger generations typically associated with the digital music industry. If the trend of a more diverse consumer base with higher incomes holds for markets like the U.S., therein would be a lucrative demographic for producers to explore.

How you can capitalize on the streaming revolution

For record labels and music publishers, the rise of streaming platforms represents a challenging but rewarding task. To enjoy the most significant advantage of that trend requires top-tier management across all digital channels.

Having a fully online workspace is a huge time saver.

Reprtoir mixes a CMS designed for audio files and metadata, musical works and contracts, direct links to distribution platforms, or even managing royalties accounting inside Reprtoir.