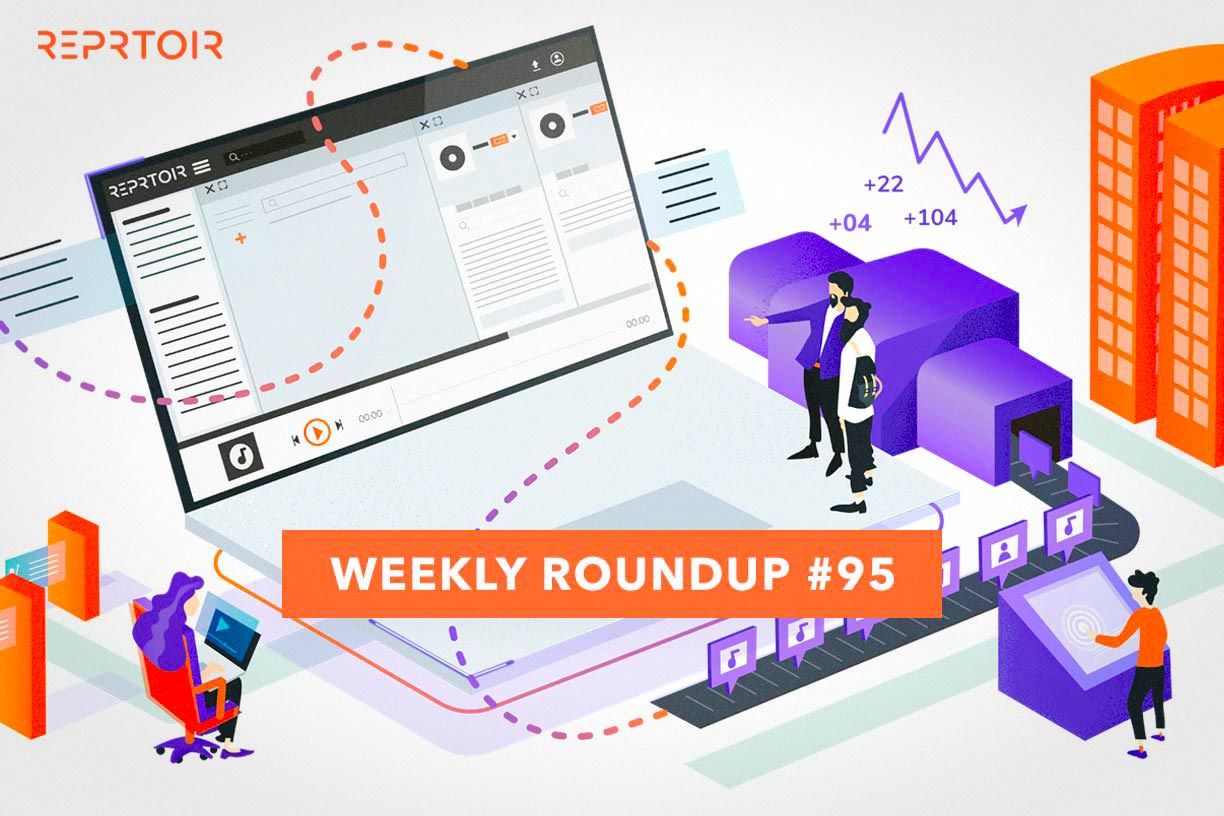 Let’s head on to our new Weekly Roundup. A few news stories showed us how the music market is evolving, especially in regards to record labels and the related economy in a fully digital environment. Let’s take a look!

This week was unveiled one big scam on music royalties, so important that the two people involved are looking at sentences for fraud and conspiracy. The alleged theft is estimated at around $20 million. Digital Music News’ article goes deeper in the case, explaining how they pulled it off.

In the meantime, YouTube’s copyright transparency report revealed that false copyright claims reached around $4,4 million in a year. Sure it represents about 1% of the global revenue generated by the platform, but it’s still substantial. It appears that ContentID and other technologies were at the origin of the incorrect claims and the appeal process seems pretty long.

In any case, these two news shows how important data tracking is in the music industry. Artists and creators are the center of our field, remuneration is a key point not to be overlooked.

#2. The attention economy: will it go on after lockdown?

On the Economy front, there is some news as well. We talked about the attention economy a while back during lockdown and how entertainment services (streaming, gaming, social media, etc.) gained from it. Well let’s take another look now that we’re somewhat over the lockdown period.

MIDiA Research ran the numbers and calculated a growth of around 12% of the attention economy last year. But the recession is coming fast and will likely be coming hard. Since the various audiences won’t have as much time, it will become a fierce competition for the digital entertainment services to keep their audiences engaged. It won’t be a matter of giving access to content but strategies to attract the audiences.

So far, it’s Social Media that has kept its growth (even if it lost a bit of pace) and gaming took a hit. But platforms are starting to prepare for competition (have you noticed the gaming options on your Netflix account?).

#3. Independent record labels are a major part of the market

Interesting fact on the music market: the place independent record labels hold compared to the Majors’. It appears that independent labels are growing faster than the 3 main music companies and actually represent more releases than we could think.

As it is described in the article, record labels represent around 43% of the music market ($9,840 million) when we take into account the ownership of the releases. Meaning that a good part of the distribution is taken care of by the Majors, growing their share of the music market. Smart move Majors.

Let’s take some news of Believe for a moment. Since their arrival in India, the music company has been quite active in the development of independent music and access to digital streaming services. Through record label acquisition and local focuses, Believe is working on both fronts (mainstream catalog and local independent music). With this strategy, Believe is helping build a strong foundation for the digital music market in India.

#5. How is AI helping with discoverability according to music pros?

Let’s wrap up our Weekly Roundup with a topic a bit different: AI. And not from anyone; Musiio CEO Hazel Savage took the time to talk about what AI can bring to the table for music. From discoverability to potential help in organizing tracks, discover her view on the matter.