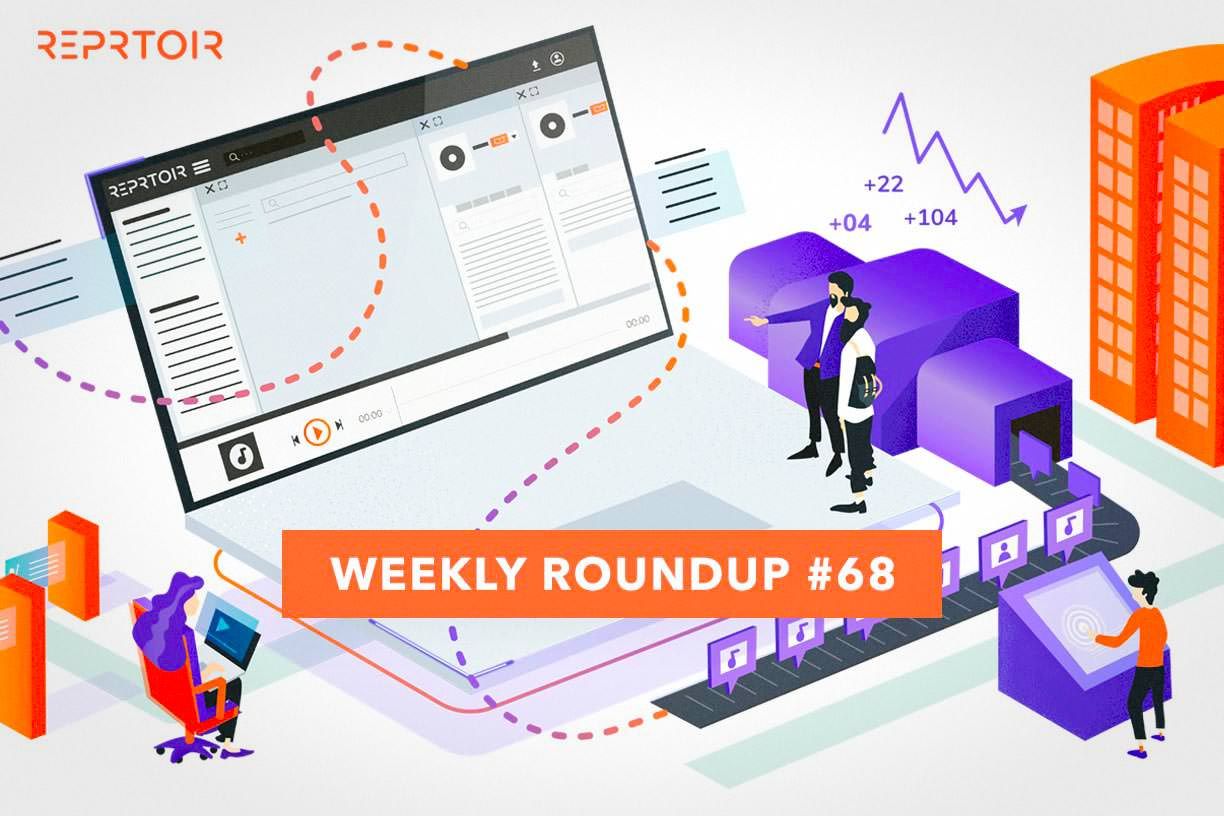 This week, let’s focus on a specific phenomenon in the music industry: concentration. Since many usages are moving and evolving (audio apps, livestream, streaming…), many platforms are rising up and being created. But the main ones are still catching up, integrating innovations bit by bit and centralizing efforts from creators and their communities. See how this week could illustrate that.

#1. Spotify is launching its livestream offer with Driift

It’s official, Spotify is launching its livestream offer. For now, five artists are scheduled for the next two months, including Rag’n’Bone or The Black Keys. These pre-recorded shows are made in any venue the artists want, and will go on from 45 minutes to an hour. The price to attend (online of course): $15.

Since the beginning of the pandemic, many artists went to multiple livestream platforms, from social media to ticketing services working to shift their focus from live to streaming. And many new platforms were created since early 2020. So maybe Spotify is a bit late to the party?

But it does make sense for a streaming platform to play their card on livestream though. Since all data from their fans come from streaming services when it comes to listening habits, artists could use a centralizing platform to livestream their shows too. The trend is getting pretty clear: Melody VR bought Napster and is developing an immersive experiential streaming platform, and Deezer invested in Dreamstage. Maybe there’s an interesting trend to keep close to our eyes.

Talking about streaming platform evolving wouldn’t be complete with the other major news from this week: Apple Music launching Lossless Audio on their service. The offer will be supported by Dolby Atmos, to allow all users to listen to the 75 million tracks online, without any extra costs.

Reacting pretty quickly, Amazon Music, who launched their HD streaming offer, reduced their price to give access to hi-fidelity music with no extra costs as well. This should change things a bit in the price war between platforms.

#3. Pricing in streaming won’t depend on audio quality then

Indeed, reducing costs to subscription services is great for users. But what about artists? Anyone could have raised an eyebrow when Amazon quickly decided to reduce their subscription price (minus $5 per subscription). Prioritizing the consumer, a valid strategy for Tech, but for Music?

For platforms such as Apple or Amazon, the real way to capitalize is through hardware. But recently Spotify had to start a slight increase of their prices, since the music industry side is suffering from these low prices. Rights holders are clearly not at the center of the strategies here and this could be a real problem in the future. To go a bit deeper on the question, here is a full analysis of the situation.

#4. Sony Music is getting closer to Tencent

Let’s switch focus for a bit, still talking about centralizing things in the music industry. Sony Music is following in the footsteps of Universal and getting close to the Asian music market. New multi-year licensing deals were made by Sony Music with Tencent and NetEase, the two main owners of music streaming platforms in China.

According to Ding Bo (Vice-President of NetEase), the goal behind getting Sony Music Entertainment and NetEase is to work towards the most perfect audio experience for users of the platforms, thanks to Sony’s help.

Let’s wrap up with the mysterious news of the week: Universal Music Group could be welcoming a brand new US-based investor to buy 10% of the stakes. For now, no official news on who it could be, but the costs could be evaluated at $5 billion. Place your bets!