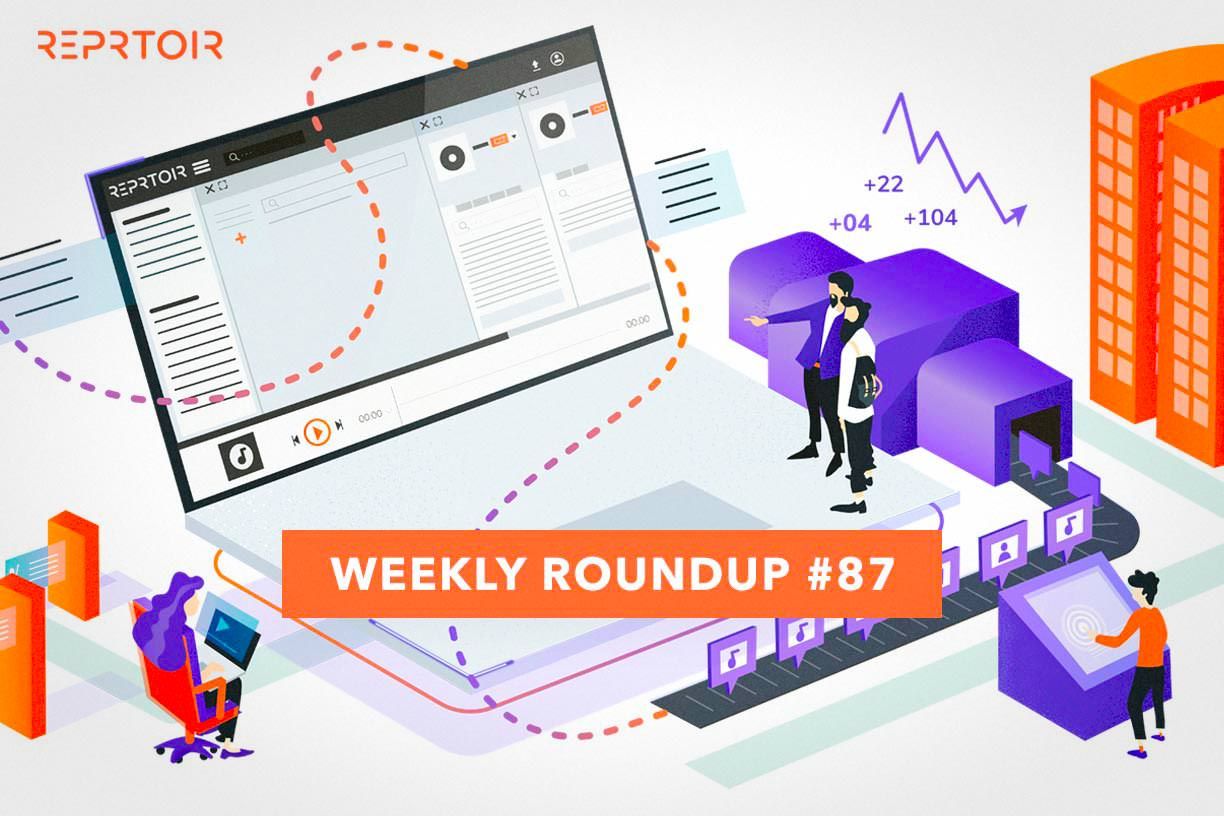 Happy Friday everyone! We’re back for our weekly roundup of what happened during the week and it has been pretty hectic, as usual. We’ve been seeing a lot of evolving models, data showing how consumption habits could change things for artists and their teams. So let’s dive in!

For once, among the big deals made in the music industry, we’re not talking about catalog acquisitions (I know there have been some, but still, let’s focus on another type this week). I want to talk about DICE acquiring Boiler Room.

After their big fundraising, they are now acquiring one of the main livestream platforms: Boiler Room. Both services having a tendency to focus on Electronic music, the merger can only announce some great collaboration. The acquisition is made in the spirit of growing the service provided by Boiler Room, streaming more artists performances, with the support of the DICE ticketing ecosystem.

#2. From Radio to Streaming, discoverability is evolving

You know how you usually say that despite everything that is happening in our industry, radio is still the main way to discover music? Well, be ready to change that record: in the US, it is not the case anymore.

According to the latest report from the musicFirst Coalition, the part of the population that discovers new music through radio is getting thinner and thinner. And it is pretty logical: among the 18-25 years old, only 8% declare using the radio to listen to new tracks; the younger generation is way more accustomed to Social Media and music streaming and it is showing.

But most importantly, the concept of promotion and discoverability in exchange for withholding royalties is not working anymore. For a while now AM/FM radios have sometimes been exempted from paying royalties in the US, considering the impact the broadcast had. Today, the concept is weakened since the trend is clearly changing.

#3. Spotify is on the crusade against fake streams

Speaking of royalties, Spotify is working on diffusion as well. You may be well aware that music streaming platforms have had to deal with fake streams, generating royalties that aren’t coming from the usual users.

Since fake streams are impacting algorithms and are becoming wider and wider, the main streaming platform is letting all artists know that if fake streams are being discovered on their tracks, they’ll be removed from the platform. Which is another reason why it’s a bad investment; faking a community will get you (in the case it actually works) to get playlisted. Then what? More and more today, it is about community and creating a direct-to-fans bond.

Since we are on the topic of artists and creators, a full economy is taking shape. Several solutions are addressing helping creation, its broadcast, social media etc. MIDiA Research is actively working on defining the contours of this new market. This could be good inspiration!

The Creator Economy is a term that we’ve seen being thrown around for a while now, and we’ll talk about it pretty soon on our blog, stay tuned!

#5. Let’s talk real: how does the money flow in music?

Interestingly enough, the music industry is changing so much that it is sometimes easy to move over the fact that deals and work methods have been here for decades. In this article, you'll get a bit of history, with a quick overview of how money is flowing in our field and a taste of how the paradigm is changing, considering how music consumption is evolving and that new technologies are surfacing. A bit to think about to wrap up the week!