What is the Attention Economy? 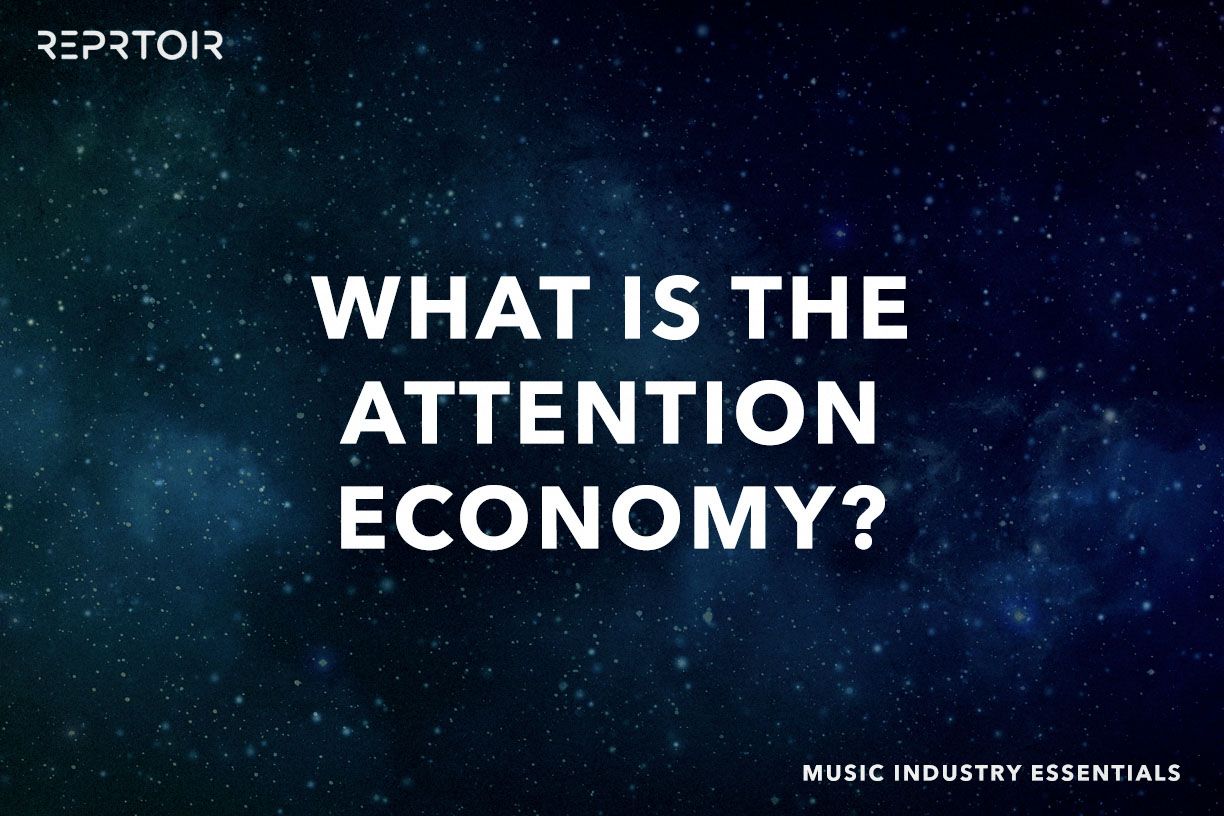 What is the Attention Economy?

It’s a term you may or may not be familiar with: the Attention Economy. It may sound like an abstract or ambiguous concept, but it is in fact, very real. We have technology to thank for this - an American author who has made it his life’s work to chronicle the impact that modern technology has had on culture famously summated:

This might have more or less obvious ties to the realms of SaaS, big data, social media, digital marketing and advertising and all that, but so does the music industry.

This entry examines the attention economy and why it pays to pay attention to it.

Ok, But Really, What is ‘The Attention Economy’?

In the term ‘the attention economy’, both disciplines are represented of the man who invented the phrase. Nobel Laureate Herbat A. Simon was both an economist and a psychologist and posed the idea that there is only so much attention that we have to give at any given moment.

Think about a stimulating situation like a crowded market with vendors vying for your …attention, or something like a carnival; the games area at a fair - people are competing for a resource: Your attention.

Social media companies aren’t exactly the social chat rooms they used to be. They make money by collecting data about your behavior - what you pay attention to. They use this data in a couple of ways. They have the option to sell it raw, and let the end user sort out how to analyze it - or better yet: keep the data and sell targeted advertising.

And that’s what they do.

As we mentioned, social media, advertising and big data have become huge players in this economy - even daring to cross the line between attention and behavior. That’s a topic for another article, but the point remains that an entire economy has in fact risen around the competition for engagement - a look, a pause - perhaps even a listen?

What the Attention Economy Has to Do With the Music Industry

Hate to break it to you, but music the music industry has since its inception been a member of the attention economy. It’s a pretty simple concept to grasp - all you need to do is replace the word music, with the word content, and it quickly makes sense.

Brahms and Tchaikovsky were in a content war for attention. So are Jack White and the Black Keys; Coke and Pepsi; Facebook and TikTok. The backend financials might work a little bit differently in the various industries, but the resource that is competed over remains the same.

For the music industry, recent events had a massive impact.

The Pandemic’s Effect on Attention to Music

But when the pandemic hit, things suddenly changed. While live music was all but deemed doomed, attention to entertainment - including music - saw a tidal wave. Many seasoned music industry professionals (and newer ones) will recall this, the adaptation that saw nightclubs converted to Twitch studios and the huge volumes of engagement and connection that happened. But how do you keep those numbers up?

Surf’s Up: Riding Out the Waves of the Attention Economy

As we mentioned at the beginning: it pays to pay attention. Making informed decisions as an organization means staying informed. To that end, we’d suggest subscribing to our blog - where we are constantly watching the industry and publishing our insights at least weekly.

Reprtoir also offers a workspace for music pros to maximize their operations. Managing assets, catalogs, releases, private playlists and automating accounting frees up resources. This means that team members are able to spend more of their time and energy focusing on things like analyzing performance and engagement - demos are available here

The attention economy is not new, and is here to stay. As a music industry professional, it’s important to decide not only how to strategize for audience attention, but how and where you invest your own, as well.

Where is your attention going?