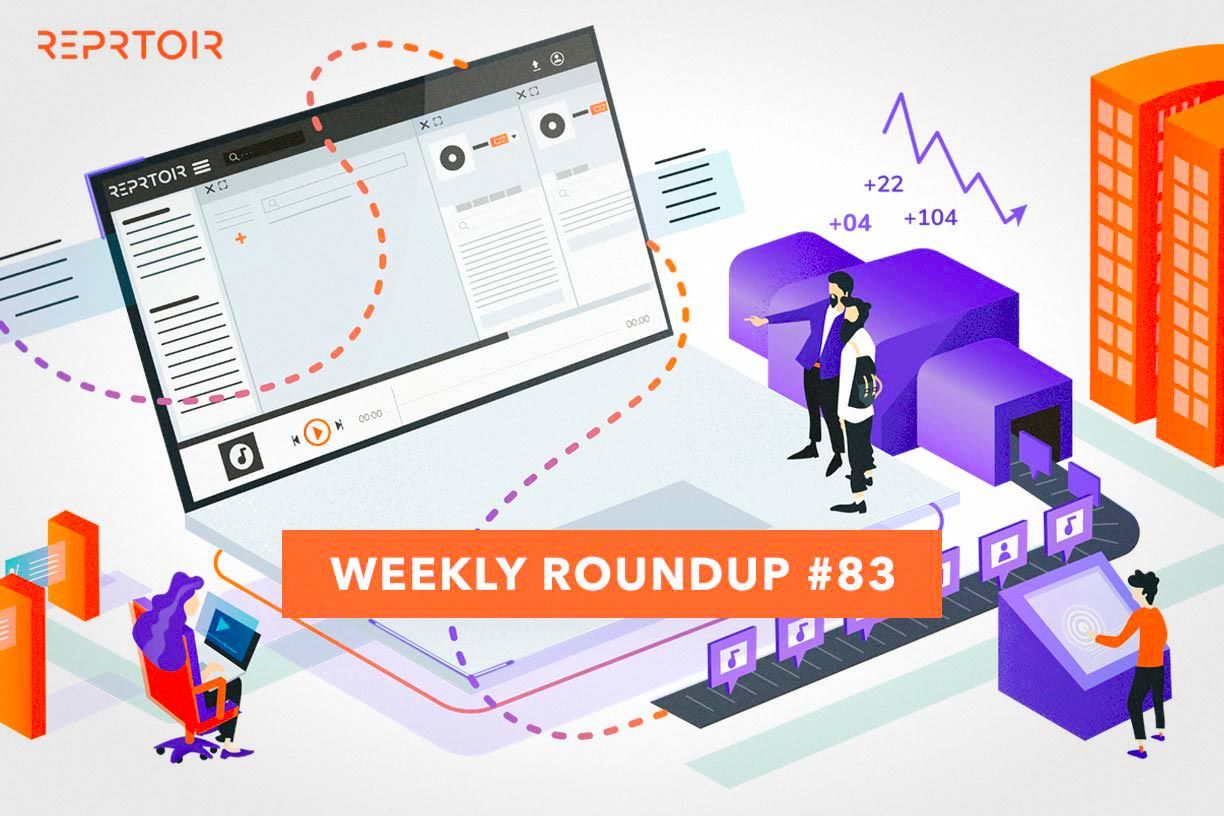 Pretty big week if we’re taking a look at what artists are facing today in the music industry! Their ever-changing role and position to get in touch with their communities and the evolving tools at their disposal are making it a rough path to walk sure, but very stimulating.

#1. Some concerns about Sony’s buyout of AWAL

Last May the deal between Sony Music Entertainment and AWAL was confirmed: one of the three Majors would be acquiring the publisher for independent artists. Well the CMA (Competition and Markets Authority) in the UK is raising some concerns about the potential competition between the two companies. Digital Music News has been gathering the main information here.

The CMA is giving Sony a few days to address the concerns and is setting up for a second in-depth investigation. For the record, all other investigations came back positive and gave a green light to the deal.

This is good news: the Recording Industry of South Africa (RiSA) has officially launched the first Charts based on music streaming data. Starting off, this new measure of both local and international music is set to help one of the future major markets understand its audience online and give a more precise perspective for artists aiming for the country’s public.

#3. Streaming is changing the star system for Music

I bet you’ve seen this happen this week: the releases of two main albums of 2021: Kanye West and Drake. Seems like Drake is getting more attention with his, but interestingly enough, he won’t reach the level of his highest record on Spotify from 2018.

Drake has the record of the number of streams on Spotify, and even if the numbers from the first few days following the release of the album were better, the attention dropped pretty quickly. What does that mean? Well first, it means that the audience’s attention span is narrower, more than before. And it’s shorter too. But mostly, it means that the online audience is switching off way quicker than before. The main problem is always the same: too much competition (with 60 000 new tracks every day, that’s understandable).

The thing is: the superstar era is done. That’s the conclusion Music Business Worldwide came to after crunching the numbers: the audience on Spotify is bigger than in 2018 and yet, a smaller part of the audience listened to the Drake album, for a smaller amount of time. It looks like the singer even has a slightly smaller audience (compared to the amount of users today). Attention is key but it’s fleeing pretty quickly nowadays.

Following up on this topic, on the other hand, Kanye West took another approach for his release. He gave insights on how his album was made; the composition, the recording etc. Giving an extra value to what he does, but also creating the possibility for his fans and others to create from his own work too.

Creating such a bond and giving out access rather than ownership is an interesting trend that is linked with the idea behind NFTs and co, as Music x clearly states here.

The interesting part is that artists are now looking to be more regular, more creative and independent. And they’re sharing more than before (one of the effects of the pandemic; we had to keep a strong link with communities). But it requires a lot of time and energy, a lot of skills as well, and some craftsmanship that reminds us of following a music sheet and interpreting it in the best way possible.

Finally, and it is pretty logical, social music is on the rise. Very simply put, Mayk·it promises an app helping creating music and sharing it with its audience and community: “Create your own songs in our virtual music studio that comes with beats, professional voice filters, and other easy to use editing tools to help you drop bangers”