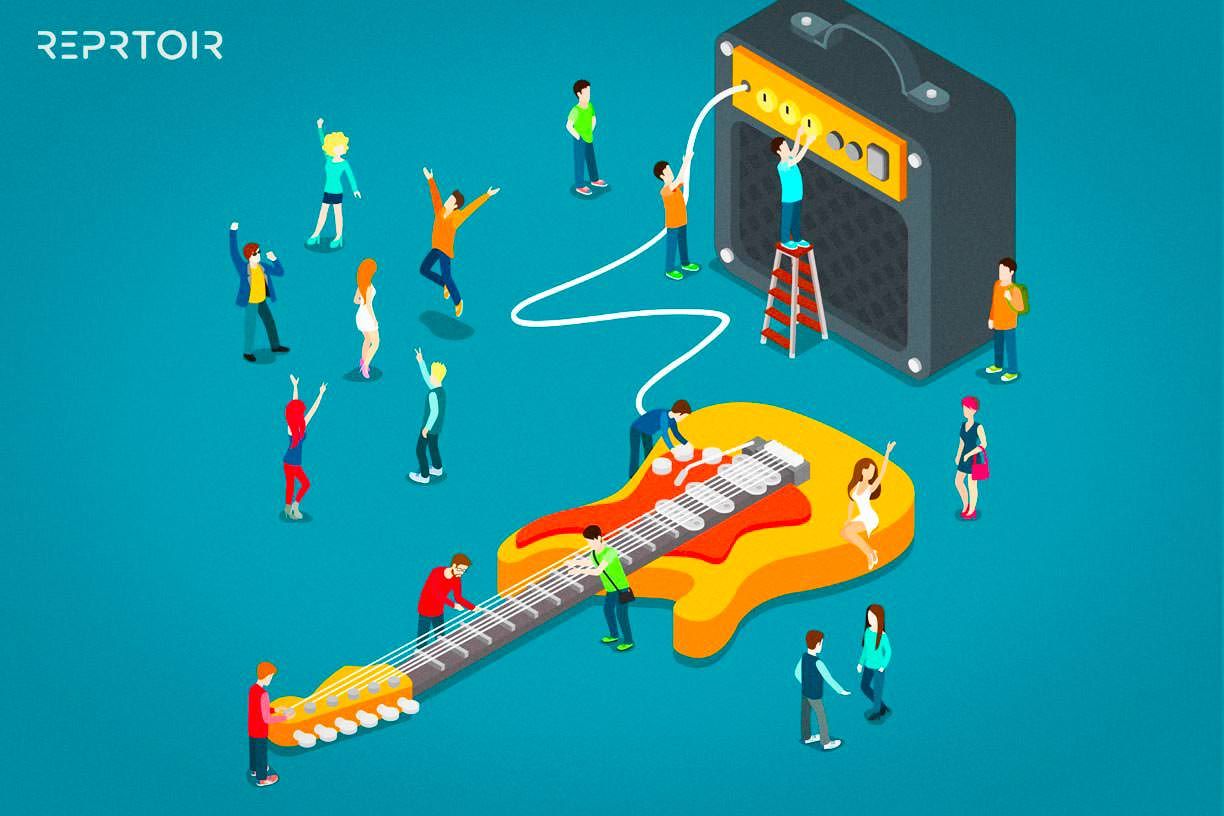 Social media has given the music industry such powerful tools that music companies just started to make good use of. Some of the most engaging and innovative ideas for reaching out to audiences have come out in recent years.

Each social media platform differs in how an artist can expose themselves, what kind of exposure they can generate, and the response from the audience. A great hit on YouTube doesn’t make the cut anymore, now, record companies are focusing their artist development strategies on interacting with their audience on a much more personal level.

One of the biggest social media platforms, TikTok, grew so quickly it was a real challenge to keep up for artist development. On the platform users often play music while they dance or make jokes to it. Sometimes it’s simple videos of their thoughts and opinions, using the music as a primer for their feelings.

TikTok has been a primer for many well-known hits in the past few years. The first notable song that made it big what Lil Nas X’ “Old Town Road” which first started out as a joke, a “meme”, which then exploded into the Billboard’s longest leading #1 hit song on the Hot-100 chart. Users interacted with the song often by dancing to the country portions casually, then suddenly appearing in full country outfits and dancing to the harder drops.

TikTok’s ability for people to act with the music, and encourage others to replicate them leads to a mass viral sensation in that music’s listening and streaming power. After many issues in copyright, TikTok is partnering with several music labels to keep the music legal.

The strategy with TikTok involves following trends, either with the style of music or what people are doing in the videos. Artists can create content to display and when people replicate it, their music spreads. Often on TikTok, these trends spread quickly and die off quickly so seizing the opportunity is vital. Interestingly, MusicTech expert Cherie Hu raised the fact that Spotify viral tracks resemble the ones trending on TikTok each day.

Originally started as an E-sports and gaming livestream platform, Twitch has seen great success in spreading out in recent years. With Twitch, people broadcast their gameplay and provide commentary while interacting with their audience at the same time. Some streamers have found they can make a steady living playing video games, and some big names like Ninja, Pokimane, and Lirik have become famous.

Music has been a growing section on Twitch as many big names in the industry like deadmau5, Post Malone, and T-Pain consistently stream on Twitch. Sometimes these artists play video games, sometimes they create music, and sometimes they simply chat with their audience. But it’s during lockdown that Twitch really got major implications in the music industry and artist development strategies. Thing is, they weren’t ready for it (not licensing music for example, but we already talked about it in our blog).

Mike Shinoda, artist and investor in innovative solutions for the music industry, started streaming on Twitch from an off chance and has continued streaming regularly. He has created music while his fan base watches, streamed video games, and has discussed the music industry in a casual atmosphere.

The strategy many music artists use on Twitch is focusing on using the platform’s flexibility and their large following. Twitch allows artists like Mike Shinoda to interact directly with his fans, letting them comment on how his music sounds and tailor tones and sections to their input. Never before has the music industry had such a way to directly get input from the audience in a casual setting. Additionally, the artists are able to share a more personal connection with their audience by streaming games and simply chatting with them. Twitch makes it easy for artists to make their audience feel valued, connected, and the artist as more of a human figure to sympathize with.

While YouTube has been home to music videos for years now, YouTube channels have started to change up the ideas of how music can reach audiences. In a recent display of innovation, Gorillaz and Beck performed a live show unveiling their new collaborative song “The Valley of the Pagans” on YouTube.

What was different? They performed live on a talk show called “Animal Talking” that runs like a late-night talk show, but all within the new popular game Animal Crossing; New Horizons.

This strategy opened Gorillaz and Beck into a new audience who might have been familiar with their music, but performing on such a creative talk-show developed a new fan base. Many of these small YouTube channels are becoming a great platform to reach out to new audiences who would enjoy the artist’s music.

A Twist on Spotify

Artists are starting to use Spotify as their own social media platform. Posting images exemplifying their music, crafting bios that captivate readers, and creating playlists which their dedicated fan base can enjoy. These playlists often include similar artists from the same record label, or the artist’s inspirations, and Spotify often recommends these playlists to people who have already enjoyed the artist’s music before.

As for record labels, the most important part of their job are these artist development strategies, making sure their catalog is well managed, updated with contracts, royalties splits, releases made on time… All of these actions can be optimized with Reprtoir.

We built a SaaS solution designed for record companies to manage their catalog, musical works, private playlists, releases and royalties online, in the same workspace. Book a call with us to find out how we can help you grow your business!