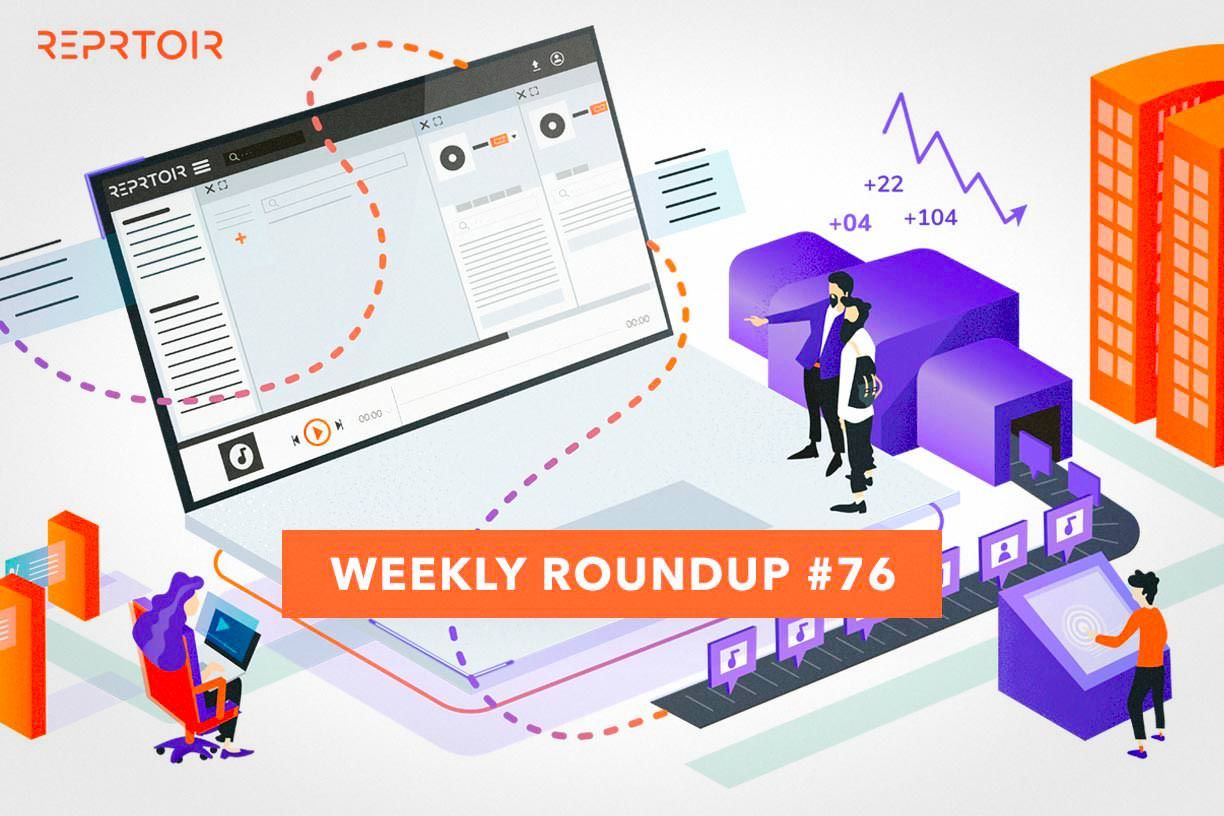 Hi again! The music industry is always moving forward and whether we’re talking about artists or big corporations, this week, we had our proof that we know how to deal with evolving environments!

Changing a bit from our habits here, let’s start with a few insights on how artists have been benefiting from (relatively) new platforms. No need to worry, we’ll get to the main acquisitions and moves made by the most important players of the music industry.

First things first: the main challenge artists have been facing lately. Yup, I’m talking about discoverability. It won’t come as a surprise for anyone: the fact is that with an ocean of content online, new projects, emerging artists and other small actions are tough to promote. Additionally, the lack of live shows kept artists from opening for other bigger bands and musicians. So what now?

Well, during last year, we noticed that more than $350 million had been raised by apps and platforms helping artists go viral (or at least promote their creations and find their communities). Platforms such Music Breakr of UnitedMasters have been working towards giving emerging artists the tools they need to make their place on mainstream platforms such TikTok or Spotify. And it doesn’t seem like a fading trend.

I mentioned TikTok intentionally; this week, Music Business Worldwide unveiled the fact that 75% of TikTok’s users were discovering music on the app. TikTok is now gathering more users than Spotify (around 800 million monthly active users) and is visibly accounting for more artists being discovered. If there was any kind of doubt left on whether or not artists and their teams should get on board with new platforms, it has been resolved!

To nuance a bit, Spotify is far from being left behind. In 2020, around 100 million new subscribers joined music streaming services, and Spotify is still well ahead of all other competitors. Indeed, the platform still holds 32% of the market share, worldwide. Which goes in the same direction: many more content creators and a bigger audience joined online, and getting noticed is getting harder.

#3. Twitch and Spotify, part of the same team?

An interesting alliance has been made by users of Twitch with Spotify. As you know now, Twitch has done very little to seal deals and act on artists remuneration when it comes to music and copyrights. It’s been hard to miss over the last year.

Well, a streamer on Twitch designed SpotifySync, to allow viewers to sync with his Spotify account and see the video with the right soundtrack, instead of having to look indefinitely for some free of rights track or taking the risk of a takedown. According to the creator of the extension, working with the companies’ APIs was enough to create what they needed.

Keeping up on streaming and artists, one of the biggest news of the week came from Sony Music Publishing who introduced their Legacy Unrecouped Balance Programme. What does that mean?

In the spirit of their “Artists first” move, Sony Music is now going to disregard unrecouped balances for heritage artists. Very practically, this would imply that any artist who received an advance before 2000, that is still unrecouped now, will have access to streaming royalties. This could be a sizable market, considering that Sony Music Publishing owned and managed around 5,3 million copyrights in March 2021.

Let’s wrap up on a note that you couldn’t have missed: Universal Music Group’s acquisition has eventually been cancelled. Pershing Square SPAC (the buyer) has been evoking the difficulties with the SEC and the New York Stock Exchange, even though some opposed opinions were reported within Pershing Square.