What are the challenges of A&R? 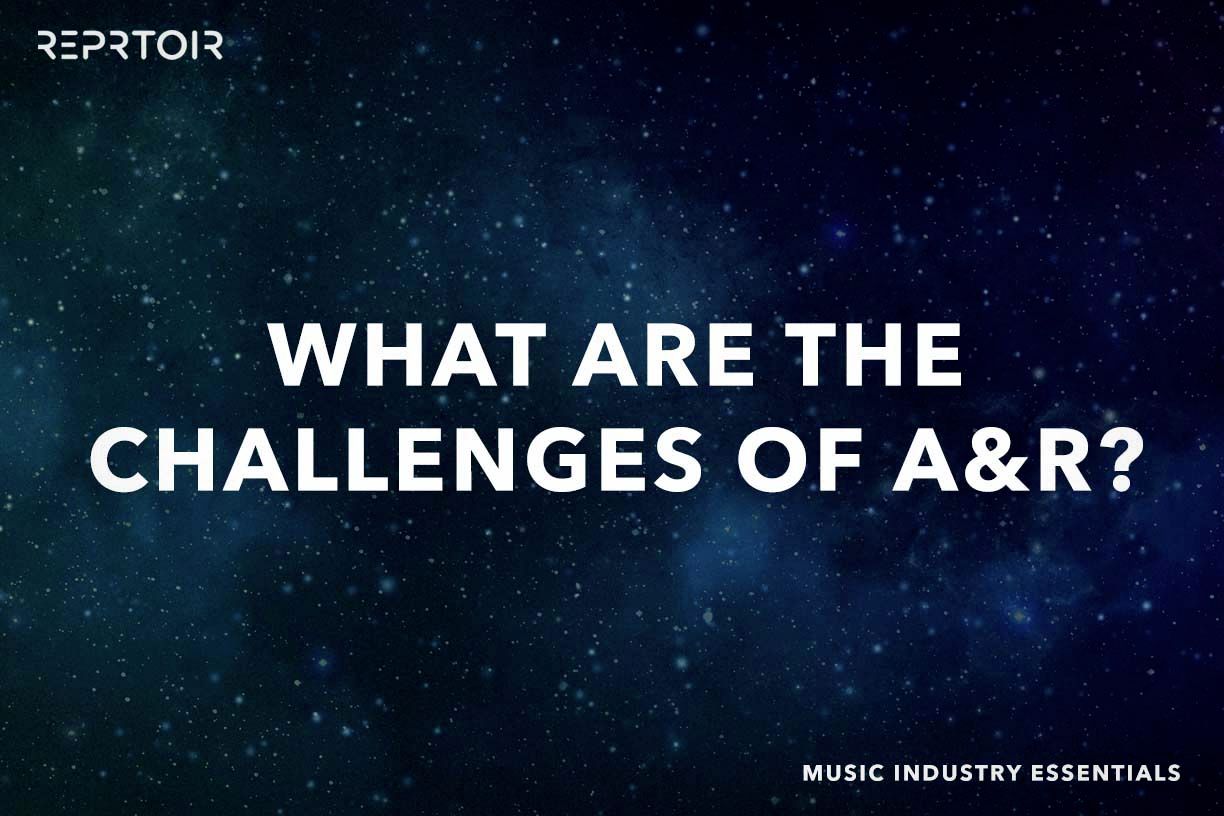 What are the challenges of A&R?

A Brief History of the Role

Short for Artists and Repertoire, the role of A&R has been critical to both publishing companies' and record labels’ success for as long as the job has existed. The job is to procure artists and repertoire for the executive’s organization. It is a highly skilled gig—though the skillset has evolved tremendously.

Until the invention of the phonograph and subsequently, of record labels—the music industry was comprised only of publishing companies and live music. For a long time, until about the 1950s, the record industry didn’t revolve around the artist as much as the songs. That’s not to say there weren’t repeat offenders, so to speak with many artists topping the charts on multiple occasions.

When artists began to sign exclusive deals with record labels and release albums, rather than singles, A&R became far more involved. They acted as a liaison of sorts—negotiating the divide between creative ambition and budgetary restriction. Helping the artists and labels and publishing companies reach their objectives.

To be an A&R rep was (and is) a highly coveted position. They have been responsible for shaping the course of music history, discovering talent that wrote the soundtracks of generations time and again.

Since the internet changed the entire landscape of the music industry, so too has the role of an A&R executive. The skillset more closely resembles that of a data analyst. Though there is still reason to be attracted to the job, if it isn’t close relationships with big stars.

A&R is hugely valued and highly invested in by record labels and publishing companies around the world. While they are very cagey about their data analysis secrets, we have seen AI-driven tools come out as of late.

Data is the Key to A&R

The A&R executive used to rely almost solely on intuition—the understanding of what was in, and who would sell. Of course, numbers always had their role to play—one must check their work, but the data was always after the fact—ie; sales. Not ideal.

With the recent advances in technology, the way A&R execs use information seems to be taking on a new precedent in the data-driven world of modern businesses. In fact, A&R has become the single most data-driven position over the course of the past few years. There is just a constant tsunami of music to be filtered through.

That means every A&R department operating in this decade needs to have analytics somewhere near the top of the priority list. Data mining, developing statistical models as well as predictive models are all literally part of the job description for an A&R manager in 2022.

A&R executives need to understand coding languages like SQL and Python and have a background in statistics? Predictive models? That’s all well and good, but there is still no proven success algorithm. The other question is of course, where to get the dataset.

Of course, there are your standard analytics dashboards like Chartmetric and Soundcharts, but everybody has access to it. This brings us to our next point:

There is an invisible battle going on within the music industry.

Think about it—if the data is open source, then there isn’t really a competitive advantage. So, the war of the dataset unfolds in which A&R departments are attempting to gain access to exclusive datasets. It’s no good to discover the next viral artist if everybody is discovering them at the same time you are!

So, many A&R data development strategies are centered on obtaining the keys to platform consumption datasets—sites like Spotify, iTunes, Deezer, and the like. So, what can A&R teams do to keep up?

What is Reprtoir Doing to Help?

The comprehensive music industry software suite that is Reprtoir is well suited to help A&R teams with our proprietary set of tools. When it comes to discovery, it’s all about Reprtoir’s integration abilities.

Third-party AI-driven tools, analytical dashboards, and databases are key for A&R departments in their discovery and procurement of new talent and works. That’s why Reprotoir’s suite is fully integrated with these kinds of services and more than 60 more.

When A&R teams are able to access these data pools and analytics and integrate them with their own catalogs, they unlock a veritable treasure trove of efficiency. Analytics and predictive modeling can be extrapolated from trends and used to make important decisions.

Thanks to Reprtoir’s integration abilities, it’s now easier than ever to make sure that those decisions are well informed and properly data-driven.