360 Deals in Music Industry: What are They? 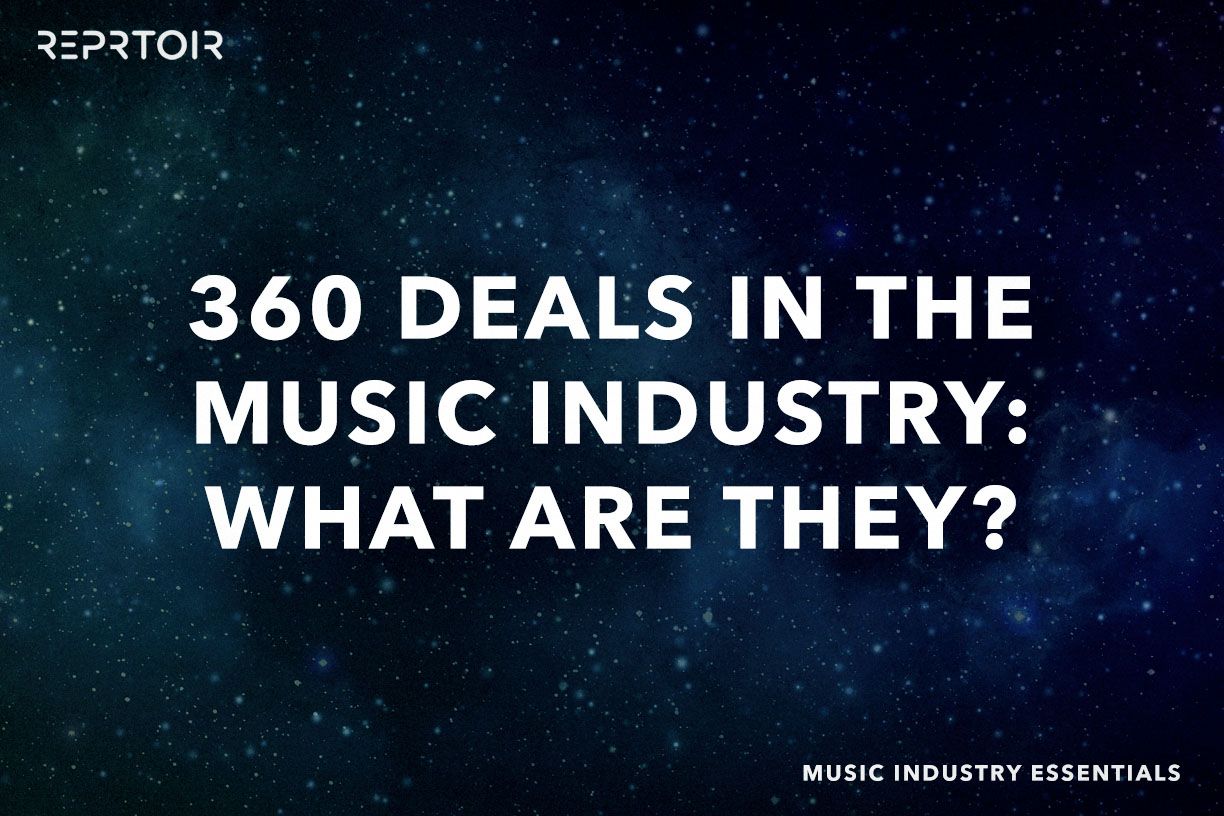 360 Deals in Music Industry: What are They?

The music industry can be notorious at times for how opaque certain details are regarding deals between artists and their recording companies. But this relationship remains one of the most consistent aspects of the industry at large as both parties regularly rely on each other for business. Artists rely on these studios to help represent them and increase their followership through marketing, sales, and even further talent development. Studios understand that their main source of revenue remains these artists, with the right artist likely to make the company significant revenue.

Originally, these deals usually encompassed an artist’s recordings alone as part of a broader music agreement. In this type of record label contract, the studio typically makes a variable percentage or “cut” of all sold music recordings. But as more music is made available beyond the traditional recording distribution system, sales from recordings began to dwindle.

As revenues from sold albums were no longer enough to keep the music industry afloat, record labels developed a new type of deal that can bring in more money through other means: 360 Deals. In this article, we will go through a quick overview of 360 deals and how it works as well as what these deals look like today.

As we’ve discussed, 360 deals were meant to be an evolution of the traditional music contract. With the lack of volume in terms of sales arising from recorded music sales, record label agents began deriving revenue from other means. This began with record labels co-financing certain performances to help bring in more ears as well as profit off of some of the ticket sales. Once music streaming and other royalty sources began to emerge, the inevitability of the 360 deal was only a matter of time.

In essence, a 360 deal (like the name suggests) is a deal that essentially works as a multiple rights deal, enabling the record company to take a cut of the revenue generated not just from direct music sales but from aspects such as digital streaming, endorsements, live performances, and more. In exchange, the songwriter or artist benefits from even larger financial support and, at times, development support. This can come in the form of performance financing, touring management, and a likely high payout that can ultimately make the deal come out to be very attractive.

Due to the advantages of the deal for both artist and company, the 360 deal has since become ubiquitous in the industry, making it the standard record label deal for high potential artists.

Just because something is the norm, doesn’t necessarily mean it is the best option for the artist in question. Record labels and management companies have a storied past with how they partner up with their artists, with many anecdotal stories about how certain artists' contracts create complications for the artist later on.

Yet it’s hard to discount how lucrative a 360 deal can be for an emerging artist. New talent often finds it hard to break ground in a new market, but a 360 deal can help them develop their foundation as an artist, both musically and thematically. These deals often have a fairly large monetary commitment to them as well, allowing the artist to save on costs that they would have needed to front themselves. Of course, a 360 deal also nets the artist a considerable network to lean on and leverage as their move forward in their career.

But 360 deals can also go south. As the record company makes a significant investment in an artist, they also need to recoup their costs through some fairly high profit-sharing set-ups (varying between 15-35%). This includes revenue from all streams, including the very profitable inflow from ticket sales when an artist or a band goes on tour. Moreover, it’s often stipulated in the 360 record deal that the copyright of the music goes to the label rather than the artist. This manifests itself in the artist or group often losing creative control over their projects as well as increased scrutiny on the materials they release.

The first band to experience the bad side of the 360 deal was also the first band to ever sign this type of music contract, Paramore. Certain members of the band expressed frustration at how to label managers often micromanaged and dictate the band, its music, and its image. The issue came to a head when two of its founding members decided to leave the band for good.

How 360 Deals have Changed

As the years go, the 360 deal itself needed reimagining to keep up with the constantly changing music industry. For starters, there is way more than one way for an artist to generate revenue compared to just a decade ago. With digital streaming, virtual performances, and even NFTs to contend with, 360 record deals need to keep up with the times on how much they decide to split between artist and label as well as which areas they chose to support and monitor.

The aforementioned profit-sharing system has evolved as well. Early iterations of the 360 record deal often indicated a straight percentage of the entire net revenue that the artist generated. These days, to contend with the growing scrutiny around the type of deal, some 360 deals indicate a lower percentage share only after a specific threshold of revenue (which varies per artist). The proliferation of digital media has allowed more independent forms of distribution to occur at a much lower cost, which means that 360 deals often need to sweeten their contract terms to lock in high potential artists.

One example of an extremely lucrative deal was Universal Records’ deal with Drake, covering all of his recordings, media projects, publishing, and even merchandise. The deal, which is now known to be one of the largest in history, gave Drake a payday sum of roughly $400 million. Though this just further boosts Universal Records’ portfolio of music, which now amounts to almost 3 million sound recordings.

Looking for a way to better manage your deals? Give Reprtoir a try, with a free demo today!