Anghami is the first legal music streaming platform based in the Middle East and North Africa, claiming 70 million users and a catalog of 57 million Arabic and international songs and downloads.

Founded in 2012, Anghami is a streaming platform offering an access to tracks, live radio, live concerts and including social features. Through Anghami,  artists are remunerated with 50% of their stream revenues. Anghami is a freemium service which gives access to millions of tracks to users. The paid users subscribe to Anghami Plus, opening access to other features such as downloading songs, lyrics, rewind and high quality music among others. 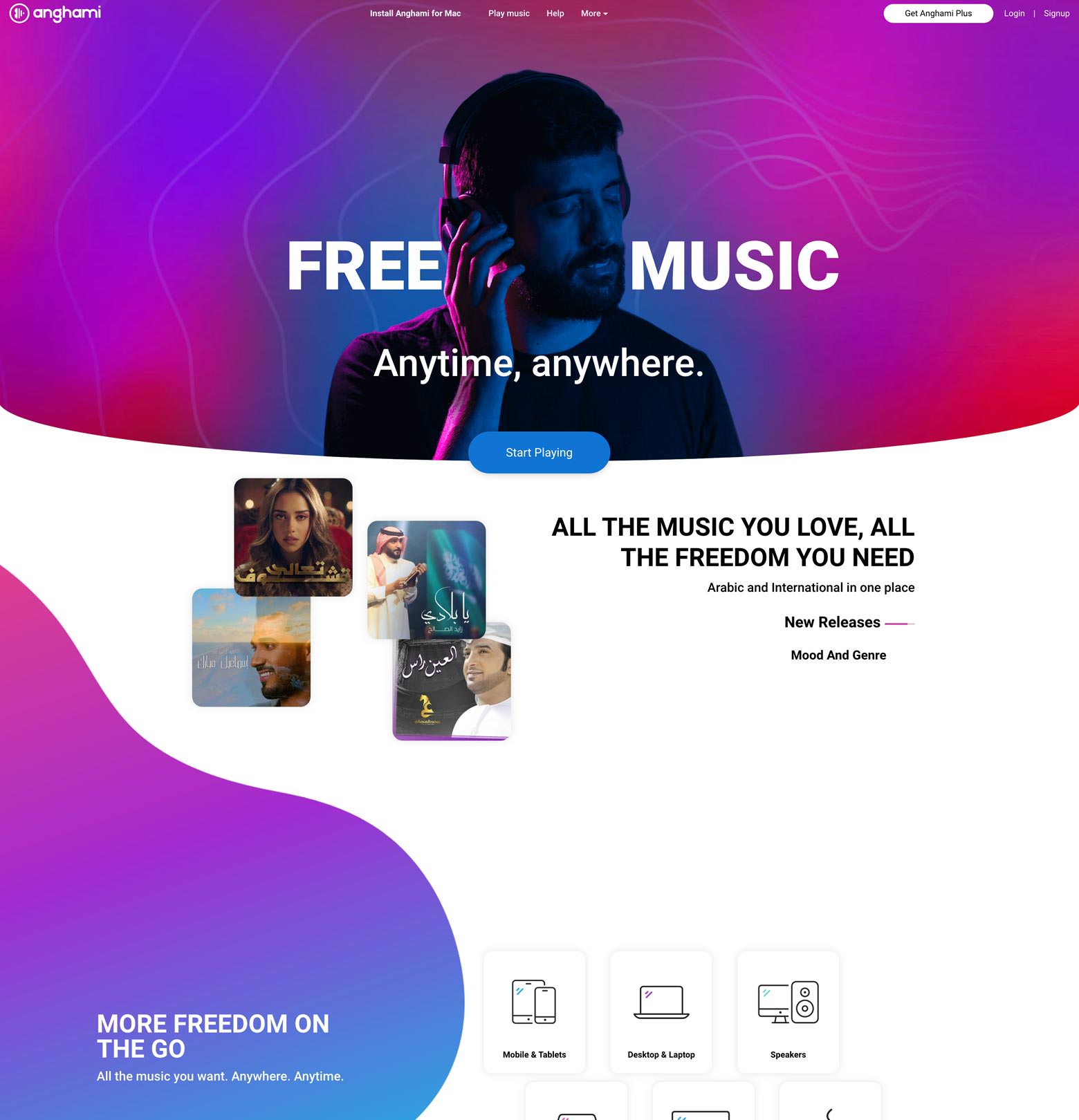 All the music you love, all the freedom you need

This service is not yet compatible with Reprtoir. If you have a project that requires integration, let's talk about it.
Contact us